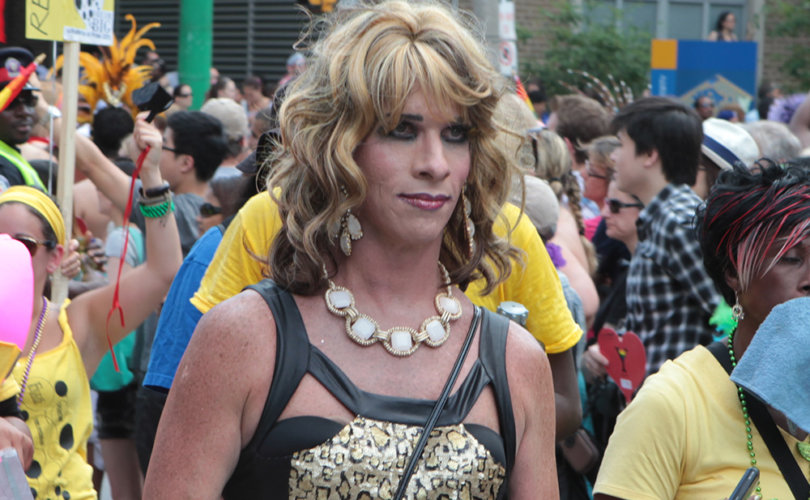 MISSISSAUGA, Ontario, April 12, 2018 (LifeSiteNews) — As a wave of rose-coloured propaganda enveloped the world on yesterday’s radically pro-homosexual Day of Pink 2018, an Ontario Catholic school board gave egregious evidence of being in lockstep with the LGBTQ+ agenda.

With seemingly no misgivings of causing scandal, confusion, or misleading the Catholic children in its care, Dufferin-Peel Catholic District School Board gamely tweeted April 11:

Today is the International Day of Pink! Staff and students across Dufferin-Peel will be wearing pink to raise awareness of bullying, homophobia and transphobia. #DayofPink pic.twitter.com/IxjuOYbyM6

Illustrating the tweet was a poster exhorting: “Let’s stop homophobia, transphobia and transmisogyny.”

LifeSiteNews asked DPCDSB’s communication director for a definition of these terms that is in line with Catholic teaching, but did not hear back.

So the question remains: What do these words mean to DPCDSB? And do they have a place in a Catholic school lexicon — or any school’s?

After all, words matter.

Or in the words of one irate and mystified parent: “How do you even begin to tell a kid in SK or even in Grade 2 or 3 what ‘transmisogyny’ is? I don’t even know what it means.”

“What a scandal to have this Catholic school board promote anti-Christian slurs like ‘homophobia’ and ‘transphobia,’” said Fonseca, “and what the heck is ‘transmisogyny’?”

“It looks like the Catholic school board has completely abandoned Catholic teaching, and is in the tank now with the ‘gay’ activist lobby and the insane ideology they’re pushing and indoctrinating our kids with,” he told LifeSiteNews.

“The fact is that ‘homophobia’ is a propaganda term invented by radical gay-activists for the purpose of vilifying and demonizing Christians,” he said.

“There’s no such thing as a mental illness called ‘homophobia,’” Fonseca continued. “It’s a political smear designed to marginalize Christians who simply believe that God ordained marriage between a man and a woman, to the exclusion of all others. That’s not a psychosis nor a phobia. It’s what every faithful Christian and most world religions and cultures believe. It’s a disgrace to behold a Catholic institution contributing to the vilification and oppression of Christians.”

And what would Pope Francis say?

Well, actually, even in his controversial apostolic exhortation Amoris Laetitia, the Holy Father condemned gender theory as “eliminating the anthropological basis of the family.”

He wrote: “This ideology leads to educational programmes and legislative enactments that promote a personal identity and emotional intimacy radically separated from the biological difference between male and female. Consequently, human identity becomes the choice of the individual, one which can also change over time.”

And on other occasions, the Holy Father has excoriated those who teach gender theory to children.

“Today, in schools, they are teaching this to children — to children! — that everyone can choose their gender,” he told Polish bishops during the World Youth Day in 2016.

“And why teach this?” Pope Francis asked, criticizing textbooks supplied by “persons and institutions who donate money,” for “ideological colonization” supported by “very influential countries.”

“This is terrible,” the pontiff said. Referring to the “colonization” he said, “I’ll say it clearly with its first and last name — is gender.”