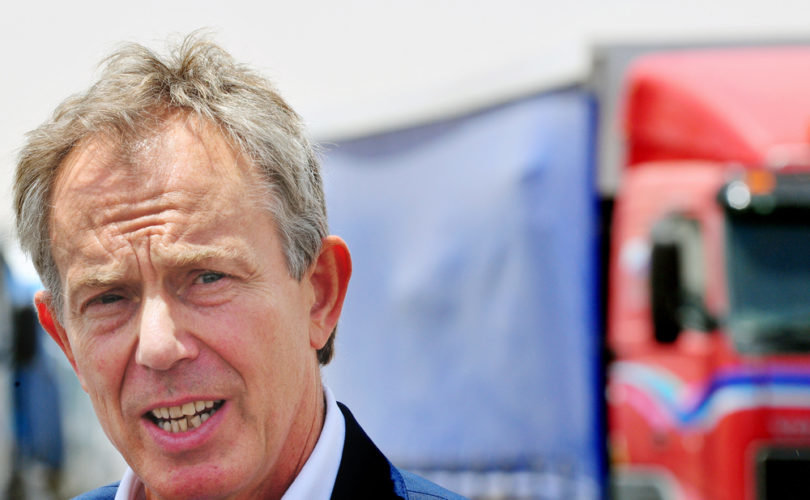 Remember Tony Blair? The former Labour Party Prime Minister of Britain who was received into the Catholic Church about five minutes after he was finished being Prime Minister. That was shortly after having passed a law that forced all the country’s Catholic adoption agencies to close or secularize by considering same-sex partners for adoption.

Well, he’s still in the news. This week he told a very friendly audience of homosexual activists at a tribute party for Stonewall’s founder, how proud he was that the “gay marriage” law was one of the few times in British political history when all parties “agreed on anything.”

He later told the BBC, “I think at the time we worked this out quite carefully in conjunction with the gay community and it seemed like the right thing to do – but I also think it’s right now to take [civil partnerships] to a further stage.”

“I don’t know looking back whether it might have been possible to have gone that way [for same-sex marriage] right at the beginning, but at the time it seemed like a very big step – and indeed was.”

So, anyone know if old Tony is still in the habit of calling himself a Catholic and receiving Holy Communion? Because he sure is still stumping for the homosexualist movement’s goals.