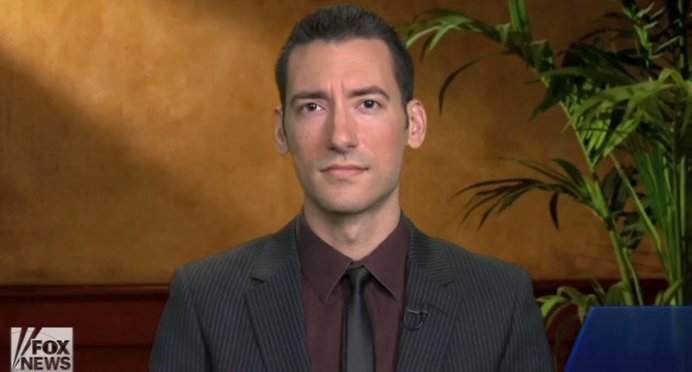 August 5, 2016 (PregnancyHelpNews) — On July 25th, the Harris County District Attorney’s office dropped all charges against Center for Medical Progress CEO David Daleiden, clearing him of any prosecution in what started out as an investigation of Planned Parenthood’s attempts to sell human body parts procured from abortion.

Daleiden’s videos spawned several investigations of the abortion giant, some of which are still ongoing.

But in Houston, Texas, the investigation curiously turned away from Planned Parenthood and its outrageous acts and onto Daleiden, who was attempting to shine light on the dark, back-alley side business of Planned Parenthood.

In January of this year, Harris County, Texas District Attorney Devon Anderson not only dropped the investigation of Planned Parenthood; she went on to lead the grand jury to target Daleiden and one of his co-workers, Sandra Merritt. While many were shocked, the pro-life community quickly understood: When Planned Parenthood is attacked, it pulls out all stops.

Now that the charges were dropped, here are 8 facts regarding this case which pregnancy help organizations need to know:

On January 25, 2016, a Texas grand jury – led by District Attorney Anderson – cleared Planned Parenthood Gulf Coast (TX) of selling human organs for profit – a charge based on videos by the Center for Medical Progress.

At the same time, Anderson held over the grand jury to consider charges against Daleiden and Merritt. The grand jury charged Daleidon with attempting to solicit a sale of human organs, and charged both Daleidon and Merritt for tampering with government documents by using fake driver’s licenses as part of their undercover investigation. The latter charge can lead to up to 20 years in prison.

Both Daleiden and Merritt refused plea bargains, ready to fight the charges and prove their innocence.

Daleiden and Merritt were cleared of one charge in June

On June 13, Judge Diane Bull threw out the charge against Daleiden of attempting to solicit the sale of human organs, pointing out that the indictment did not properly address a clear exception to the law.

The Tuesday dismissal of the remaining charges is a “surprise,” but shouldn’t be

The Houston Chronicle reports that before a hearing on the legitimacy of the indictment, the charges regarding “fake government documents” (driver’s licenses) were dropped.

Though the Chronicle calls the move a “surprise,” one can draw the conclusion that because the other charge was thrown out so easily by a judge, the Harris County prosecutor’s office may be trying to avoid another embarrassment.

The Harris Co. DA’s office has ties to Planned Parenthood and colluded with the abortion giant

At the time of the indictment in January, District Attorney Devon Anderson told reporters she was determined to “go where the evidence leads us.”

Yet, Planned Parenthood Gulf Coast attorney Josh Schaffer was forced to admit under oath that the DA’s office broke the law by sharing information with him as the investigation unfolded; an act expressly forbidden by the Texas Attorney General’s office.

While she was not directly implicated in the wrongdoing, it was noted that Assistant DistrictAttorney Lauren Reeder is a board member for Planned Parenthood of the Gulf Coast, having served since 2013. She is also a leading fundraiser for the organization.

Anderson is not the only one targeting Daleiden

California Attorney General Kamala Harris also has Daleiden in her sights. In April of this year, the state’s department of justice raided Daleiden’s California home and seized many of his videos, including one yet to be released.

Harris, now a candidate for the U.S. Senate, also has ties to Planned Parenthood. During her AG re-election campaign in 2014, Harris pulled in $15,000 from the abortion giant. This year, she posted a petition on her Harris for Senate campaign page asking supporters to sign up in favor of keeping funds flowing to Planned Parenthood.

President Obama recently endorsed Harris in her run for the U.S. Senate. Harris is running against fellow Democrat Loretta Sanchez in the race, where the top two primary vote-getters (no Republican made a serious run) will face off in November.

Daleiden is not backing off

In a statement after the final charges were dropped, Daleiden’s Center for Medical Progress said, “Planned Parenthood tried to collude with public officials to manipulate the legal process to their own benefit, and they failed. A year after the release of the undercover videos, the ongoing nationwide investigation of Planned Parenthood by the House Select Investigative Panel makes clear that Planned Parenthood is the guilty party in the harvesting and trafficking of baby body parts for profit.”