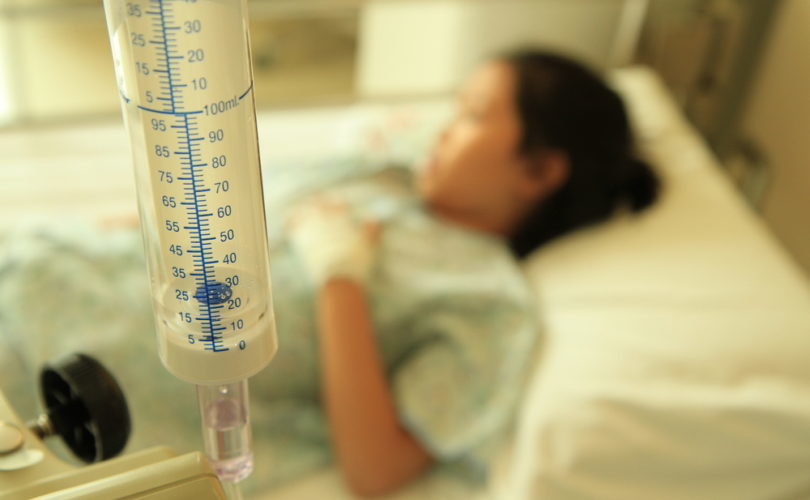 When someone wants illegal euthanasia it makes headlines around the world!

Brittany Maynard was named one of the most extraordinary people of 2014 by CNN because she committed suicide rather than dying naturally of cancer. People put her on the cover. Good grief.

Had Maynard chosen hospice, all of those lauding her so prominently wouldn’t have cared that she died naturally. Her widower husband would never have been interviewed by that cultural wrecking ball known as The Oprah.

We saw this same pattern when a Chilean teenage girl with cystic fibrosis asked to be euthanized. Her request loud international headlines. She even received a visit from her country’s president (who, laudably, refused the request).

But now that she has changed her mind, it is only being mildly reported, and certainly not with the same excited tone. From the AP story:

The girl told the El Mercurio newspaper that “there are people who have led me to change my way of thinking.” A video in which Maureira asked Chilean President Michelle Bachelet to allow her to be euthanized gained global attention last month after it was posted on YouTube.

Bachelet, who is a trained pediatrician, visited the girl and her family but the government said it could not approve her request. Fredy Maureira said his daughter especially was moved by a visit from an Argentine family whose children have been stricken by the incurable respiratory illness. He said she also was given hope by meeting a patient who has survived beyond age 20.

Hmmm. It seems to me that choosing to live should be a more exciting story than wanting to die.

Beyond that, the under-discussed fact in this whole debate is that seriously ill, disabled, and dying people do change their minds about wanting suicide–if they are still alive to be able to do so.

And yet, there is no push for suicide prevention for these people. Indeed, they are often clapped on the back and told they are making the right choice.

Ignoring the need for suicide prevention for those with a “poor quality of life,” many instead cheer the ”death with dignity,” meme even though it will result in people dying sooner than they would otherwise have–and who would have been glad to be alive had they just not killed themselves. And the tragedy is that we will never know who they are.

The assisted suicide/euthanasia movement isn’t really about compassion, the root meaning of which is to “suffer with.” Rather it is abandonment, dressed up in a costume of caring.