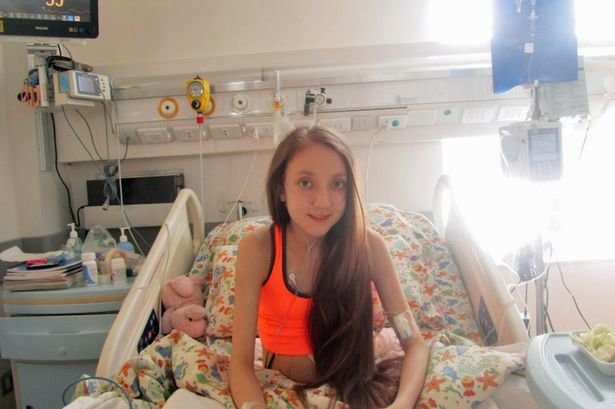 A 14-year-old Chilean girl, who asked the Chilean President, to allow her to die by euthanasia, has now changed her mind and wants to live.

Valentina Maureira, who lives with Cystic Fibrosis, created a youtube video last month asking the Chilean President, Michelle Bachelet, to allow her to die by euthanasia. Valentina got the idea from the Brittany Maynard assisted suicide campaign.

On February 28 President Bachelet met with Valentina. Presidential spokesman Alvaro Elizalde stated that 'it's impossible not to be overcome by emotion with the girl's request, it's impossible to grant her wish,' because it's not allowed under Chilean law.

Valentina has changed her mind after meeting with a family from Argentina who also have children with Cystic Fibrosis.

Valentina's father said that his daughter was moved by a visit from an Argentina family, whose children also have Cystic Fibrosis.

He said Valentina was given hope by meeting someone who had survived beyond age 20 with the disease.

Maribel Oviedo and her father Ernesto traveled to Santiago to 'convey a message of hope.'

Maribel, 22, watched her sister Marisol die of cystic fibrosis in 2013. Mirabel received a lung transplant in 2012 and told Valentina that she now lives a normal life.

Mirabel offered to go to a doctor's appointment with her because she wanted to encourage her to live.

Valentina's story is emotionally charged. If Valentina had died by euthanasia, her options, potential treatment and opportunity to change her mind would have ended.