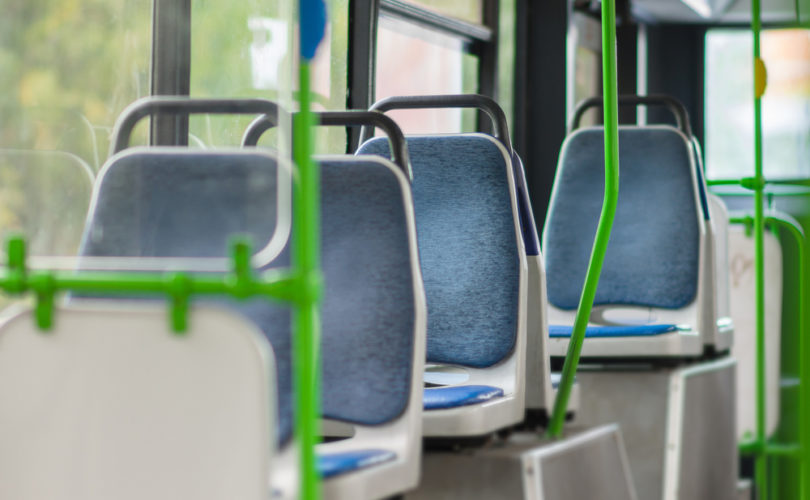 PETERBOROUGH, Ontario, September 19, 2016 (LifeSiteNews) — I almost can’t believe this. An Ontario court is refusing to address whether or not a pro-life group had its rights and freedoms infringed upon after a city initially banned the group from running pro-life ads on city buses.

It seems to be a no-brainer, but Ontario’s Divisional Court managed to weasel its way out of making a ruling after the city refused to show up during the hearing.

After a hearing on Feb. 23 of this year, unattended by the City, Justices R.D. Gordon, J.C. Kent, and J.A. Thorburn were unable to issue the declaration requested.

“Without an evidentiary record from the (City) … and in the absence of any adversarial party to contest the evidence and submissions of the (CCBR), we decline to make a declaration that may be seen to be a general pronouncement with precedential value,” the decision reads in part.

Earlier this year, the Canadian Centre for Bioethical Reform (CCBR) sued the city of Peterborough after it banned the group’s pro-life ad. The ad featured pictures of growing pre-born babies in two different stages with the caption “growing, growing, gone. Abortion kills children.”

When the city reversed the ruling one day before the date set for court, the CCBR nevertheless decided to continue with the charges, hoping to establish a legal principle.

And now an incompetent court has refused to dole out justice where justice is due, even though the court clearly saw that the city’s ban on the pro-life ads was wrong.

More from My Kawartha:

According to the court’s decision, “the (City) seems not have had any bylaw or express policy upon which its decision was taken. However, the reasons for the (City’s) refusal to post the advertisement on its buses are reflected in two letters,” the decision reads in part.

In the Court’s analysis, the Justices say a representative of the City interfered with the advocacy group’s freedom of expression. However, following the City’s decision to accept the advertisement, the Court has “little difficulty accepting that the decision made by the (City to ban the ads) was not reasonable in the circumstances.”

So, we even have the court stating that the city “interfered” with the pro-life group’s freedom of expression. If the court sees the injustice, why the hesitancy for judgment? What’s the point of having a court if it won’t render justice when a party has been wronged?

I bet more than anything the court’s inability to act in this case has to do with the party that’s seeking justice. Had a pro-LGBTQ or feminist group been refused advertising space on a city bus, I’m sure the offending party would have received huge fines and would be now tripping over themselves in offering heartfelt apologies. But because it’s a pro-life group, well … C'est la vie (that’s life).