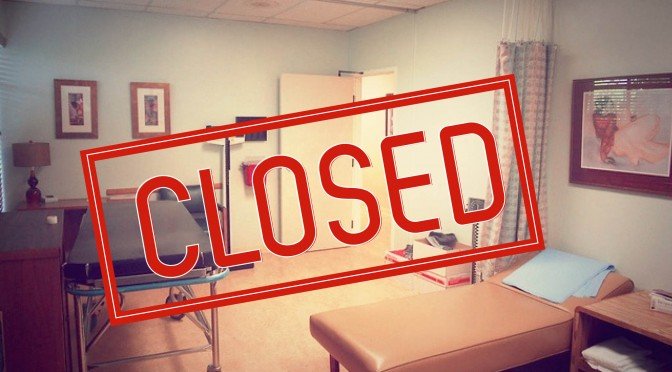 June 23, 2016 (LiveActionNews) — Perched at the U.S. Supreme Court each Monday and Thursday this month are both pro-lifers and abortion supporters, all poised to pounce when the high court releases its decision on Whole Woman’s Health v. Hellerstedt, the first major abortion case the Supreme Court has taken up in years.

Since the implementation of a Texas law regulating abortion facilities, more than 21 clinics have closed. The number of clinics in operation is expected to drop to less than 10 in the entire state, if the Supreme Court upholds the entirety of the law.

More than 40 abortion clinics operated in the state before the Legislature passed HB 2 in 2013. Eight clinics closed in anticipation of the law taking effect and 11 clinics closed the day the admitting privileges provision took effect in late 2013, according to lawyers representing the abortion providers suing the state.

Only 19 Texas clinics remain in operation today. If the Supreme Court upholds the state’s abortion law in its entirety, that number could fall to less than 10 — all in major metropolitan areas.

Texas’ HB 2 mandates abortion facilities adhere to basic health and safety standards uniform to many surgical clinics; however, abortion centers are shutting down because they refuse to abide by these regulations.

Rewire shows a timeline of the history of abortion center closures since HB 2 was enacted; it could be subtitled “the incredible shrinking abortion industry.” And Planned Parenthood is publicly proclaiming its fear at the upcoming ruling:

Although the abortion industry would have Texas women believe this law forces them to undergo do-it-yourself abortions instead of “safe,” legal procedures, that narrative is far from the truth.

Abortion centers are closing in droves because they are not willing to hold themselves to minimum health and safety standards, not because laws are forbidding them from legal abortions. The stories, however, are all over the pro-abortion media.

Reuters reports one such story:

Susanna was young, single, broke and pregnant in southern Texas where, thanks to the state’s strict laws, her chances of getting a surgical abortion at a clinic were slim to none.

So she did what an estimated 100,000 women or more in Texas have done – had a self-induced abortion.

With the help of a friend, some online instructions and quick dash across the Mexican border for some pills, she addressed the issue of unwanted pregnancy in a state where women are finding abortion services too expensive and too far away….

“It was like we were back in the days of the Wild West, like we have to figure this out by ourselves and just grit our teeth and get through it,” she said.

Abortion has not been made illegal, but abortion facilities are choosing instead to risk women’s lives, in addition to their preborn babies. These facilities are shutting down by the choice of negligent abortion providers who care more about money than patient safety.

Requiring abortionists to have hospital admitting privileges in case of emergencies, or mandating abortions to take place in ambulatory surgical centers is in the interest of women’s health and safety.