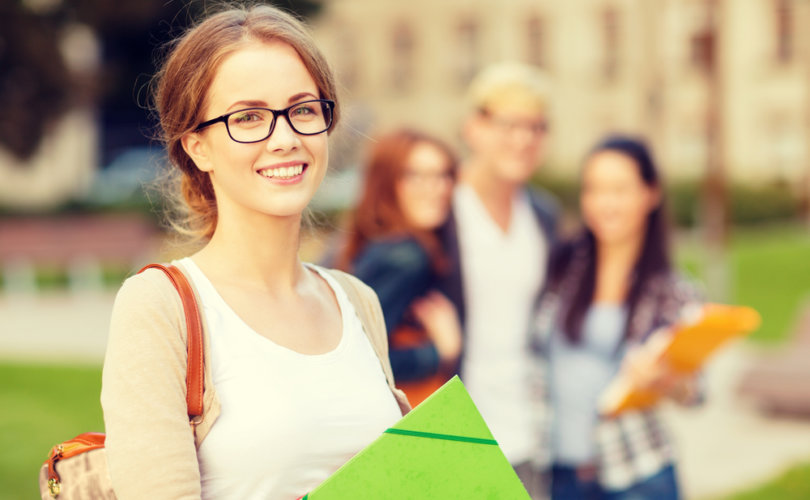 There was no congratulations on Erin’s expected baby – even when it was clear that Erin wanted her baby. There was only one thing: abortion.Shutterstock.com

One girl – Erin, from South Dakota State University – went on tape about her shocking experience with Planned Parenthood.

“When we got told we were really excited! And when she gave me those [pamphlets on abortion] I was like, that's not what I want.”

She had been told she was unable to have a child, and yet, she believed she might be pregnant. Without knowing that Planned Parenthood pushes an abortion agenda, Erin went in to get a free pregnancy test. She says that she was very happy when the result was positive, but the Planned Parenthood worker offered her one thing: abortion.

The worker handed her not just one, but three pamphlets filled with abortion information. When Erin said abortion was not what she wanted, the woman told her she could come back if she did want an abortion.

There was no congratulations on Erin’s expected baby – even when it was clear that Erin wanted her baby. There was no asking if Erin needed prenatal or other medical help. There was only one thing: abortion.

Planned Parenthood of the Rocky Mountains gave its Aurora abortion facility an award for performing an increased number of abortions and exceeding its quota.

Planned Parenthood under Cecile Richards has been able to transform themselves into the nation’s largest abortion provider, while also increasing the amount of taxpayer funding they receive. And while they tout themselves as an essential women’s health care provider, they have not only slashed their health care services, but mandated that Planned Parenthood affiliates provide abortions. Affiliates that didn’t provide abortions, but provided other health care services, were forced to either agree to the slaughter of preborn children or cut ties.

A woman close to me went into a Planned Parenthood clinic during her college years, pregnant with her first child. She – just like Erin – was not looking for an abortion. But when she told this to Planned Parenthood, she was told they couldn’t help her. The best she got was a referral to an OB-GYN and a disconnected phone number.

Other women have similar testimonies about their own experiences with Planned Parenthood and abortion.

I’ve had six abortions; 3 of my abortions were done through Planned Parenthood. It was the most awful thing I’ve ever had to do. It was nothing but a death experience; parts of me died with it. Planned Parenthood gave me no other options. Planned Parenthood buildings have very cold atmospheres, along with the nurses being distant, emotionally, no support – just get it done. They need no money to kill humans; the money needs to go to helping these women to give life to their babies.

I was 15 years old when my mother and I returned to Planned Parenthood…I was told I was 11 weeks pregnant and that my pregnancy was a ‘clump of cells.’ I was told to hurry to make an appointment if I wanted an abortion because at 12 weeks, the price would be higher. I was not given any counseling of any kind whatsoever. Today, I deeply regret my abortion.

When I was 21, I had an abortion with the help of Planned Parenthood of West Bend, Wisconsin. Planned Parenthood told me at that time that my baby was nothing but tissue at that point in my pregnancy. I was about 10 weeks along. It was nothing but lies… I was in a horrible relationship, and was forced into having this awful procedure performed on me. This is a decision I will have to live with the rest of my life. Not a day goes by that I don’t think about that precious baby that I killed. There was no counseling afterwards, and no one to talk to…Please stop this from happening to other women.