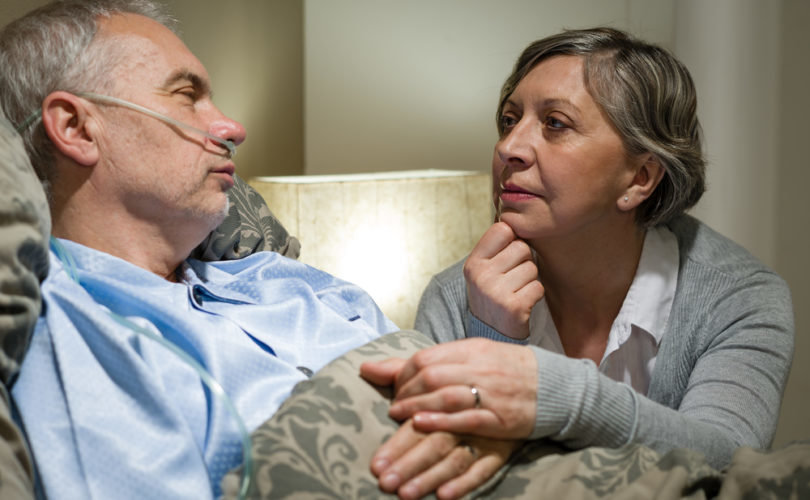 To no one’s surprise, the New York Times has editorialized in favor of assisted suicide.

It is telling about the current state of the elite media how closely the Times’ lackeys editorialists hew to the Hemlock Society Compassion and Choice’s talking points. Brittany Maynard! Diane Rehm! Good grief, the suicide pushers might as well have written the editorial. Heck, maybe they did.

But what is really sickening is the presumption of suicide as a necessity that family members should support. From the editorial:

Ms. Rehm said she and her husband had long agreed they would help each other die if either was in growing distress from a terminal illness. Her inability to help him die humanely is a situation no spouse should have to face.

“There was no question but that I would support him and honor whatever choice he would make,” she said. “As painful as it was, it was his wish.” Meet The New York Times’s Editorial Board.

We see more of that these days: Family acquiescing to loved ones’ suicides and the media promoting that POV. I will write more about this growing trend later.

I don’t know if Rehm’s husband was terminally ill. But I do know that C & C pushes suicide by self-starvation for anyone who wants to die.