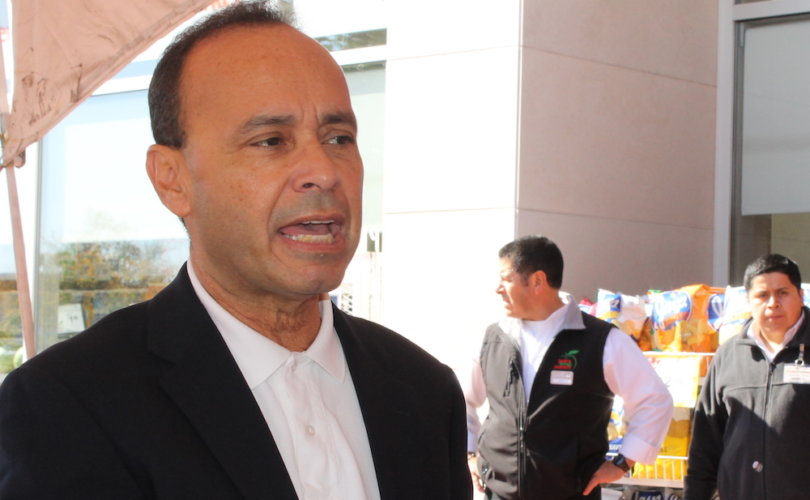 August 9, 2016 (LifeSiteNews) – If we’re going to talk about “dirty, filthy hands” in the abortion debate, the first people to come to mind would obviously be the abortionists who literally defile their hands in their murderous act.

But of course that’s not so obvious to the abortion extremists in the Democratic Party.

In an exchange with actor Danny Glover broadcast late last month from the Democratic National Convention, U.S. Congressman Luis Gutierrez, D-Illinois, had the gall to suggest that the “filthy hands” are actually those of pro-lifers trying to rescue babies from the deadly grip of Planned Parenthood.

According to the transcript from Democracy Now, Gutierrez stated:

I’ve always known black lives matter. I’ve always known that. I would not be a member of Congress if black blood had not been spilled in the '60s to give me the civil rights and the voting rights that have allowed me to grab that microphone and to be a member of Congress. We can come together—immigrants—man, my daughters, they have so many more rights today, and I want to make sure they keep their dirty, filthy hands off of Planned Parenthood and that we don't have somebody on the Supreme Court that’s going to turn the clock around. I remember 1986, I voted for the gay rights ordinance. It couldn’t pass the city council, a gay rights ordinance. All it said was, “Oh, you can’t discriminate against gay people.” Now we have marriage equality spoken about from the Congress of the United States.

1
The truth about why Trudeau invoked the Emergencies Act may lead to his resignation
2
COVID early treatment pioneer Dr. Vladimir Zelenko has died of cancer at age 48
3
Drag queen who danced for kids charged with 25 counts of child pornography
4
Concert-goers reportedly walk out of venue after pop singer Halsey begins pro-abortion rant
5
FULL LIST: Here are the states where abortion is now banned in post-Roe America
Subscribe to Daily Headlines »