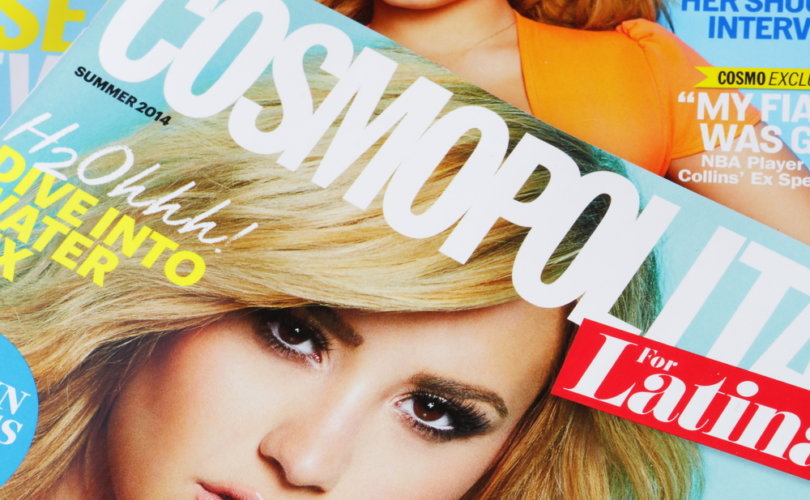 November 15, 2016 (EndtheKilling) – As a rule, I’m happy when the folks over at Cosmopolitan are unhappy. And their post-Trump election headline was a pretty lovely one: “The Impact of this Election on Abortion Access will be Devastating.” The column was written by Robin Marty, who I’ve tangled with a few times on Twitter and is, in all fairness, one of the more reasonable members of the abortion cartel. But with the defeat of Hillary Clinton—a defeat that cost Planned Parenthood well over thirty million dollars in one swoop—Marty is not feeling very well:

In order to win over a social conservative movement that had doubts about the sincerity of his newly minted pro-life beliefs, Trump made a number of promises for his first term — promises that converted leaders like Susan B. Anthony List’s Marjorie Dannenfelser over from “anyone but Trump” to leading his pro-life coalition. First on the list were pledges to defund Planned Parenthood, to make the Hyde Amendment — a rule that forbids any taxpayer funds to be used to cover abortion, even for Medicaid patients — a permanent rule rather than something that must be renewed every year, and sign a federal ban on abortion at 22 weeks gestation into law.

It’s the federal “Pain Capable Unborn Child Protection Act” — a bill that would ban abortions nationally after 20 weeks post-fertilization or 22 weeks gestation — that very well could be the nail in the coffin of Roe. Since the first “20 week” abortion ban was introduced in Nebraska in 2010, abortion opponents have been hoping for a favorable lower court ruling that would potentially be challenged at the Supreme Court. They never got that chance — the 20-week ban passed in Texas was not included in the other restrictions challenged in Whole Woman’s Health v. Hellerstedt. If Trump follows through on his pledge to sign such a bill, which the Republican Party now has the majorities in the House and Senate to pass, abortion providers will have to go to court or else the right to end a pregnancy will stop at just 22 weeks. That’s a period that is still considered prior to viability by most doctors and where not all fetal anomalies may have yet been identified. It’s also a direct conflict with Roe, which forbids any total bans on abortion prior to viability.

There was already a reasonable suspicion that despite that violation, Justice Kennedy would be willing to consider allowing states to ban abortion prior to viability if they justify it as ending it at the point where the anti-abortion community (but not most doctors or scientists) claim that “a fetus feels pain.” And getting more opportunities to put a “fetal pain”-based ban in front of the Supreme Court was already a priority even before anti-abortion activists knew that they had a federal sweep on their hands…

When the Tea Party rode a conservative wave into office in 2010, states passed hundreds of bills restricting access to abortion and birth control. While the Republican-led House tried to do the same on a federal level, having a Democrat in the White House blocked most of that agenda, keeping it constrained primarily to red states.

With President Trump, a Republican Congress, and at least 33 Republican governors working together, there may not be anyone who can stop them, and no state that will not be affected.

During the afternoon on Election Day, I wrote a column on what pro-lifers should do with Hillary Clinton as president, and the answer was a simple one: Push onwards. The hundreds of pro-life bills passed on the state level, resulting in the lowest abortion rate in the United States since Roe v. Wade passed—and all with the most pro-abortion president in American history occupying the White House—laid out a pretty good roadmap for resistance. But now, with Hillary Clinton finally pushed out of public life for good, the number of paths that open up on the road map are myriad. It will be interesting to see if Trump delivers on his promises. For the moment, we can simply be glad that Planned Parenthood’s best friend has been sent packing.