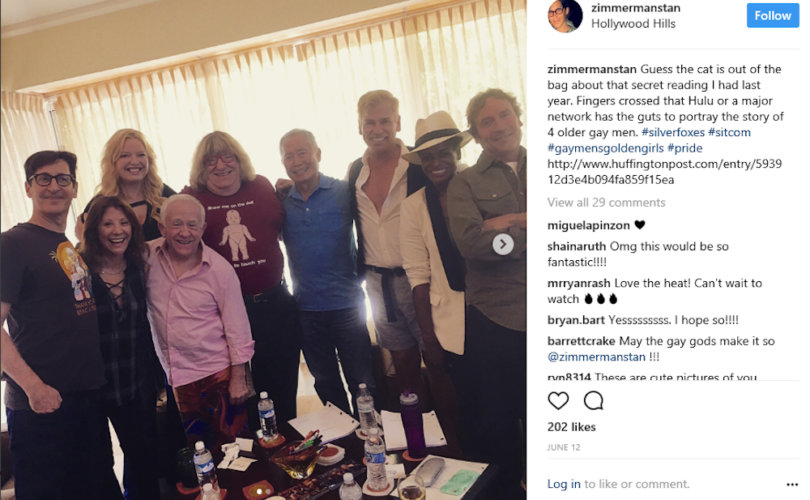 HOLLYWOOD, California, August 1, 2017 (LifeSiteNews) – Two of the writers for the classic TV show The Golden Girls are pitching a similar new show titled Silver Foxes, except this time around the girls will be four gray-haired gay guys.

While The Golden Girls received 68 Emmy nominations and won 11 times during a long run, the gay Silver Foxes is batting .000 this season.

Despite boasting a cast of veteran actors, including gay performer George Takei who played Mr. Sulu in the original Star Trek series, as well as two of the original writers from The Golden Girls, it seems Hollywood isn’t interested.

“Unfortunately, we cannot get one network executive to read it,” creator/writer Stan Zimmerman told Fox News Entertainment. “Or even a producer to pass it to them. We have found Ageism and homophobia alive and well in Hollywood.”

From Golden Girls to bitter queens

The only thing is, Ageism, or discrimination against the old and elderly, didn’t undermine the public’s interest in The Golden Girls. Avid viewers happily tuned in each week to watch the household of four women who were all well beyond receiving their first social security checks. Geriatrics was, in fact, the basis of the show’s strong appeal, and it remains popular in reruns 25 years later.

And Hollywood homophobia seems like a Rock Hudson-era justification for the rejection of Silver Foxes. Who thinks of Hollywood as anything other than gung-ho LGBT nowadays?

Maybe the truth is this: The general public is bored to tears with gay, lesbian and transgender characters, no longer finding them charming or novel. Or interesting.

The 1989 gay manifesto that helped bring about broad acceptance for homosexuality and paved the way for same-sex “marriage,” After the Ball, outlined a key tactic: “The main thing is to talk about gayness until the issue becomes thoroughly tiresome.”

Well, it seems the LGBT world has achieved its goal: People are bored out of their skulls with the rainbow world. Maybe society has reached “peak gayness,” and the smart money people in Hollywood know it.