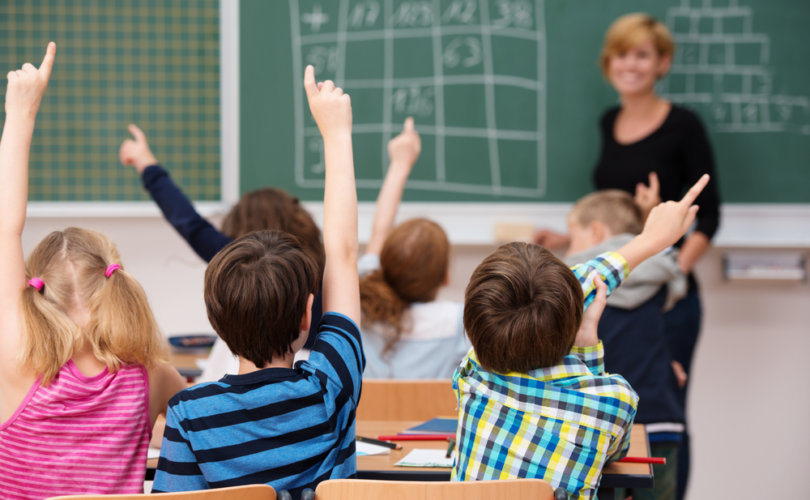 August 17, 2016 (LifeSiteNews) – Social conservative blogger Matt Walsh is ripping into a new policy in Charlotte, North Carolina, that banishes the words “boy” and “girl” from schools.

Not mincing words as usual, Walsh headlines his article, “There’s No Way I’ll Send My Kids To Public School To Be Brainwashed By The LGBT Lobby.”

In the past, parents might have worried about leftist bias or early introduction to sexual matters, he says, but now parents simply cannot send their children to public schools without exposing them to flagrant, state-backed abuse.

If you have kids in public school, you ought to be very worried right now. We’re losing an entire generation to this madness. It seems to happen on an increasingly regular basis that I receive a heart-wrenching email from a distraught parents whose son came home from school one day and announced that he’s now their daughter, or vice versa. He was sent to school to learn his ABCs, and instead they turned him into a girl. It’s hard to believe that this is happening, but it is. Time to face it.

What’s happening to our children in these schools is a violation of their basic human rights. I’m not just talking about the female student whose rights are trampled when the sick perverts who come up with these policies force her to change or use the bathroom in front of a boy. That’s bad enough as it is. But to put these lies in their heads in the first place; to intentionally cause such terrible confusion in their minds and their hearts; to indoctrinate children into the most radical and fantastic and deranged ideas about sex and gender; to deprive them of the opportunity to learn even the very basic truths about life and about themselves — that is a violation of their rights. It is systematic child abuse, and it’s the primary reason why I could not, at this point, send my kids to public school.

And Walsh has a no-nonsense response to Christian critics who think children should be sent into this mess in order to be a “light to the world”:

That is all true, of course. But there’s one problem: Jesus gave that commission to adults. My children, on the other hand, are not adults. They aren’t ready to be missionaries. By the time they’re 5 years old, they will not be equipped to charge headfirst into battle and fight the good fight, even as they’re attacked at every turn by the LGBT lobby and some of their teachers and many of their peers and the federal government. They will not be strong enough to withstand the constant, unrelenting stream of lies and falsehoods that will assault their innocent, unformed minds every second of the day. They must be molded and shaped and made strong in the truth first. That takes time. I can’t get it all done by the time they finish potty training, for God’s sake. And to send them into war before they’ve been sufficiently trained and armed is foolish. It’s a suicide mission.