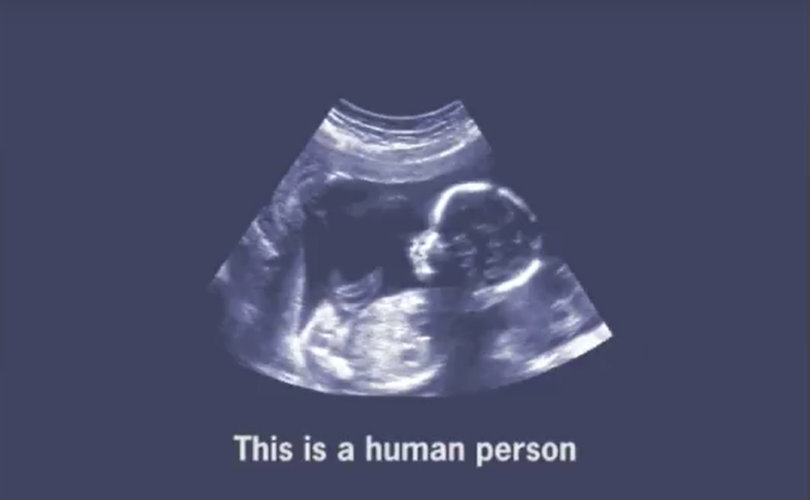 October 31, 2017 (LifeSiteNews) – A pro-life group’s take on CNN’s “this is an apple” video demonstrates that a baby in the womb is human no matter how much people scream he isn’t.

CNN released a video last week about how calling an apple doesn’t make it a banana. The video was apparently an attempt to portray CNN as an honest media outlet.

And Then There Were None (ATTWN), the pro-life group run by former Planned Parenthood clinic director Abby Johnson, released its own version of the video.

The ATTWN video shows an ultrasound image of a pre-born baby.

“This is a human person,” the narrator says. “Some people will try to tell you that he or she is just a mass of cells. They might scream ‘parasite,’ ‘blob of tissue,’ or ‘potential human’ over and over again.”

“You might even start to believe that this is just a mass of cells,” the narrator warns. “But it is not.”

The Daily Wire released a YouTube video that could help CNN during all of its coverage of Bruce Jenner, who the media now label a “woman.”

Showing a male icon, the narrator explains, “This is a man.”