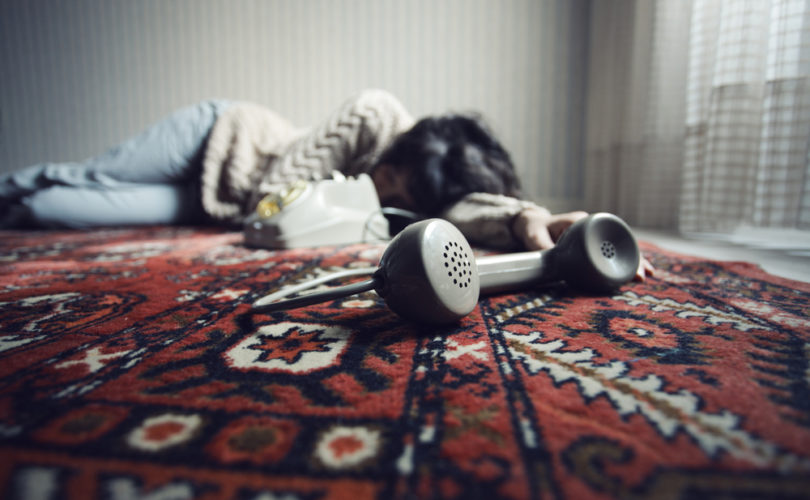 I discovered the Suicide death cult when my friend Frances killed herself under the influence of the Hemlock Society, since evolved into Compassion and Choices. This pernicious group taught her how to kill herself, what drugs to take, how to use a plastic bag–and gave her moral permission to do it. It was literally proselytizing for suicide.

Since 1993, I have written hundreds of articles and blog posts about this topic, as well as a book–now in its third iteration–Forced Exit: Euthanasia, Assisted Suicide, and the New Duty to Die.

Perhaps that is why I am always a bit surprised that others are surprised at the tragic consequences that flow from death cult advocacy. Now, in Australia, Philip Nitschke has lost his medical license. Having traveled there to expose this ghoul–I helped end his importation of suicide bags into Australia–my only question is: What took the authorities so damn long?

Why take his license? From The Australian story that discusses the “death coaching” among a large segment of the movement:

The term “death coaching” is how Judi Taylor describes the tragic suicide of her 26-year-old son Lucas in a deserted park in Germany. “It was death-coaching, not life coaching, that killed him,” says the Melbourne mother of three sons.

Lucas, a talented linguist, ended his life after taking an -euthanasia drug he had bought in Peru. Judi Taylor says her son’s every step and every instruction – and strong encouragement – came from a Peaceful Pill online forum run by Exit International, the pro-euthanasia lobby group run by now-suspended medical practitioner Philip Nitschke.

Take a look into the death cult world of Nitschke, Derek Humphry (founder of the Hemlock Society), the Final Exit Network, and Jack Kevorkian, among others:

It is the case of Lucas Taylor, whose unpublicised suicide -occurred in April 2012, and his mother’s detailed plea to the medical board that may have sealed Dr Nitschke’s fate. Lucas spent many hours chatting online with fellow paid-up members of Exit Inter-national, who are sent an ebook copy of Dr Nitschke’s writing on euthanasia as part of their fee.

It was a secretive world that Judi Taylor discovered only after his death, when she and her -remaining sons hacked into his computer, found his Peaceful Pill forum password and began reading a bizarre and grim litany of -online conversations. “There seemed to be hundreds of people busying talking to each other about the best methods to commit suicide,” she says. “Lucas mentioned in his posts that he’d learned about importing illegal drugs and what airports to use.

One person would say: ‘Oh, Nembutal’s the way to go.’ They’d discuss whether the best place to go was China or Peru. “It seemed to be peer-to-peer communication, and in all the hundreds of messages nobody was saying they had a terminal illness…

Because assisted suicide/euthanasia isn’t about “terminal illness” and never has been.

It is important to note that Nitschke is not a pariah in the international assisted suicide movement. He is a rock star. He has often spoke at big “right to die” events, including past biannual conventions of the The World Federation of Right to Die Societies. (This year, Derek Humphry–who published the newsletters that helped lead Frances to the grave and whose advocacy has led to dead teenagers–will be an honored speaker. It’s what they all are.)

Media love Nitschke too (and Humphry, and Kevorkian, etc.). I recall debating him on CNN, and in the moments before we went live, the producer effusively thanked him for appearing on the show: “Thank you, Dr. Nitschke! Oh, thank you for being with us! Thank you!” I am not exaggerating. It made me sick.

So does the euthanasia movement. Some advocates present a far more sophisticated approach than Nitschke, Humphry, and Kevorkian. But scratch beneath the veneer, they are all part of the same death cult, promoting in different versions, the same death coaching.