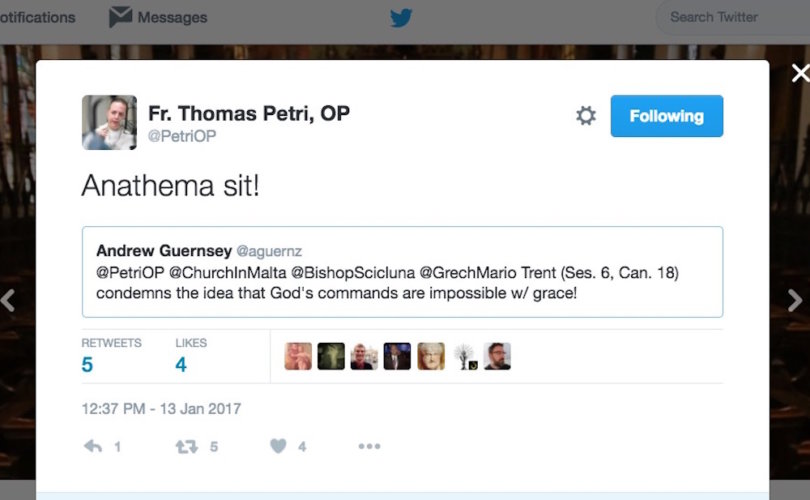 Father Thomas Petri, Vice President and Academic Dean of The Pontifical Faculty of the Immaculate Conception at the Dominican House of Studies, showed with these tweets that the Dominican order's longstanding reputation for fighting and squashing heresy is well-deserved. He was responding in particular to news that the Catholic bishops in Malta approved Communion for the divorced and civilly remarried.

Malta's bishops say it may be humanly impossible to avoid sex (in a civil remarriage). I wonder what they think about their own celibacy. https://t.co/0D7xOM1pbc

Memo to Students: Precision in footnotes is important. Your salvation may be at stake. #ResearchTips #AmorisLaetitia

Go here for more on the Maltese bishops' decision.