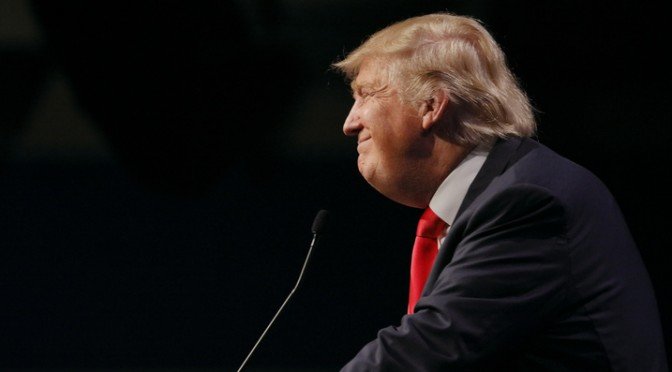 Trump was referring to August comments by former Florida Governor Jeb Bush, who dropped out of the race Saturday night, saying “I’m not sure we need a half a billion dollars for women’s health issues” over the course of discussing Planned Parenthood’s federal funding. Trump said at the time that Bush “owes women an apology,” assuring voters that by contrast, “I will be so good to women.” Bush clarified that he was not referring to general health subsidies, but to “the hard-to-fathom $500 million in federal funding that goes to Planned Parenthood — an organization that was callously participating in the unthinkable practice of selling fetal organs.”

Planned Parenthood does a lot of good, does a really good job on a lot of different areas, but not on abortion. So I am not gonna fund it if it’s doing the abortion. I am not gonna fund it. Now they say it’s three percent, and it’s four percent, some people say it’s sixty percent. I don’t believe it’s sixty percent, by the way, I think it’s probably a much lower number. But Planned Parenthood does some very good work. But I would defund as long as they’re doing abortions.

Despite Planned Parenthood’s claim that abortions comprise just 3% of its business, the truth is that Planned Parenthood receives roughly a third of its clinic revenue, and over 10% of its overall revenue, from the procedure. In addition, Planned Parenthood’s breast exams, pap tests, and prenatal services have been declining while their abortion business has increased over the past several years.

Trump’s remarks—which ostensibly endorse complete defunding yet suggest openness to Planned Parenthood’s argument that their subsidies are sufficiently partitioned from their abortion services (despite fungibility)—come days after he threatened to sue GOP competitor Sen. Ted Cruz for an ad arguing pro-lifers cannot trust him.