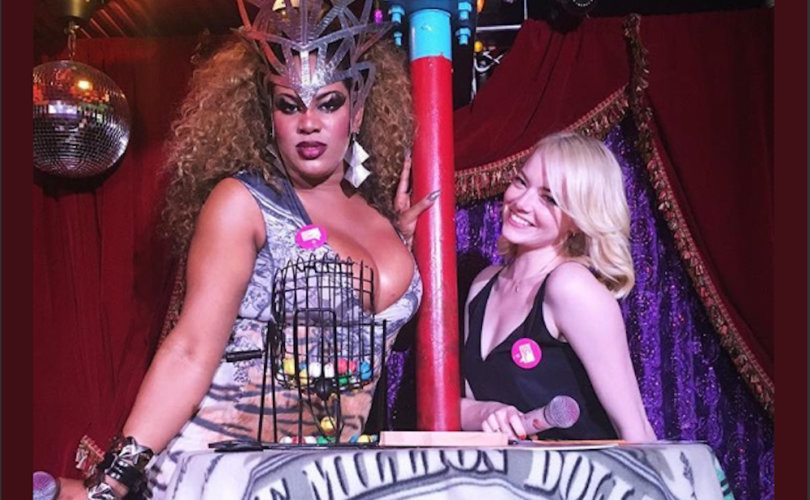 The “Bingolicious” evening consisted of men caked with makeup and dressed as women calling out bingo numbers and insulting attendees as “cheatin'-ass whores.”

Apparently, this is the culture Planned Parenthood wants for America's youth.

Last year's event cost participants $50 each to play bingo and eat “snacks.” Beer and food were extra. Participants could also lay their money down for a raffle or bid in an auction to benefit the multibillion dollar abortion industry.

The nation's largest and most lucrative abortion conglomerate receives millions of tax dollars despite being exposed by undercover investigators and its own staff as trafficking in aborted baby parts.

“We are worth more than what the culture of death offers us,” Live Action commented. “We are worth a true understanding of gender, the full glory of sex, the awesomeness of relationships. We, the young, desire the truth. All Planned Parenthood can offer is falsehoods dressed in the cloth of ‘sexual freedom.’ Dressed in drag, actually.”