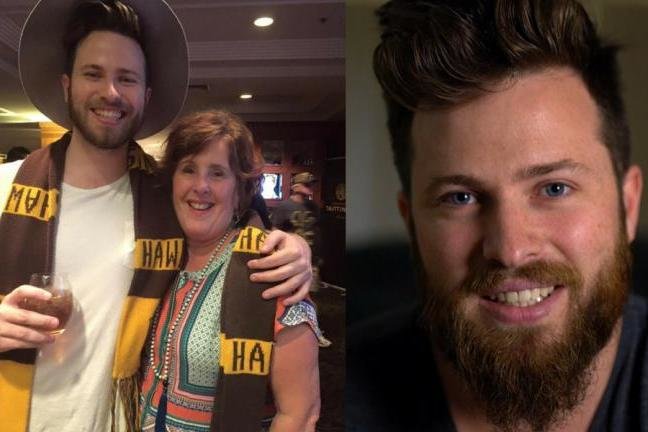 May 11, 2017 (SPUC) — A video that an Australian DJ made for Mother's Day thanking the birth mother he has never met has gone viral.

At the time of writing, the video Ryan Jon posted on his Facebook page has been viewed over 4.2 million times.

He posted the clip with the caption: “I’ve never met my biological mum and every year mother's day gets me thinking. My birth mum sacrificed so much for me and I'd love her to know just how thankful I am and I hope I'm doing her proud.”

Ryan was born in 1987, and was adopted when he was just six weeks old. His parents, Mandy and Rod, had been unable to conceive, and he explained that one day they simply got a phone call that said: “There's a baby here, come and pick him up tomorrow”. Ryan doesn’t know much about his birth mother, Julie, except what she explained in a letter she left with him. She was living in a share house and when she fell pregnant unexpectedly she simply felt she didn’t have the maturity to be a great mum.

Thankful to be alive

Although Ryan says he doesn't want to get into the abortion debate, he talks about how thankful he is to be alive. “I don't really know what it was like in 1987, but now if someone gets pregnant and doesn't want to have a baby, they just don't have a baby. The odds of me being born and having great parents was pretty slim, so I'm just lucky I guess.”

In time for Mother’s Day weekend (don't worry, Australia has theirs in May, not March like the UK!), the Hit 104.7 fm radio presenter posted a whole series of videos in which he shares his adoption story, including an interview with his adoptive mother, Mandy.

Adoption “the gift of life”

He emphasises what a positive choice adoption is. “I've heard a lot of stories where women who have given up kids for adoption feel really guilty and sometimes it seems like a cowardly thing…but as someone who was adopted, from my point of view it's the total opposite. You've given someone the gift of life, you've sacrificed your body for someone who in 12 months you won't even know. I'd love to be able to look my birth mother in they eye and just say how thankful I am.”

However, confounding the narrative of adoption often seen in the media, he says he doesn't see his story as one of dramatic abandonment. He wrote in Kidspot: “People I speak to are often surprised that I don't harbour any ill feelings or have any burning questions that I need answered…I don't see this as a story of abandonment – for me it's far less dramatic than movies might imply with disgruntled teens yelling, 'You're not my real mum don't tell me what to do'.”

Ryan also says that he doesn't necessarily need to meet his birth mother, acknowledging that she has probably moved on and had a family. “It's totally fine with me if I never meet her, even if I never know she gets the message. I'd love for her to know how thankful I am.”