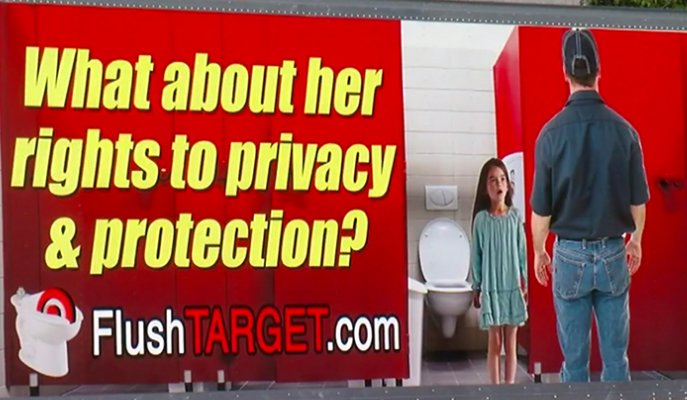 “What about her rights to privacy & protection?” asks the #FlushTarget advertisement, which shows a little girl horrified by a grown man looking at her in the bathroom.

Undeterred, we got creative, and instead created this traveling billboard truck. The #FlushTarget truck will visit every single Target store in the retail chain’s home state.

Last year, OutFront Media donated free ad space to Red Nose Day, which is connected to an organization that has donated millions to the International Planned Parenthood Federation.

The #FlushTarget advertisement also directs people to FlushTarget.com, which encourages users to take action against Target through a large-scale boycott and joining protests against the retail giant.

The #FlushTarget truck will visit every Target store in the company’s home state of Minnesota and may expand into additional states.