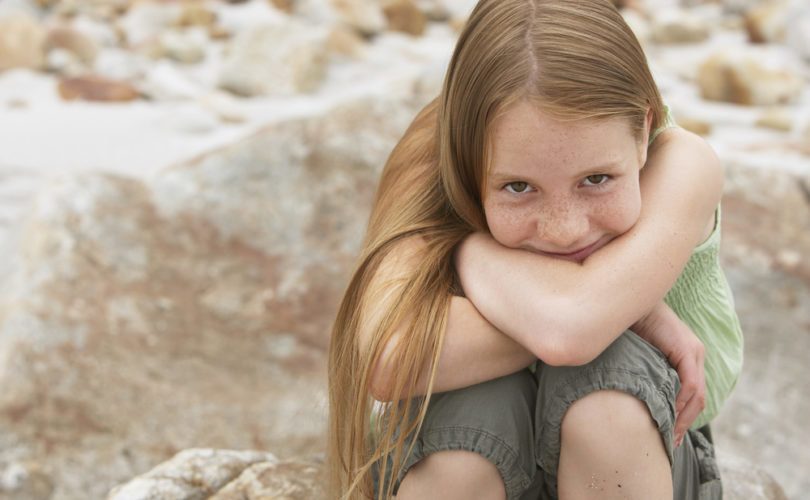 Monday’s report by the American Academy of Pediatrics recommending IUDs (as opposed to, say, abstinence) as the first line of defense against pregnancy for girls under 18 seems to have ruffled more than just pro-life, pro-chastity feathers.

Pro-choice blogger Jenna Karvunidis, who describes herself as “a feminist mom of a whole brood of lady babies,” wrote an article (warning: strong language) for Chicago Now slamming the decision.

“IUDs as a best option to prevent pregnancy was published in a pediatrics journal,” Karvunidis wrote in disbelief.  “Kids. Babies. Using IUDs. Look, I know teens are going to have sex, but an IUD is just a bad idea for a young girl. It won't be happening with any of my three daughters.”

While Karvunidis assured her liberal readers that her opinion “isn't about being anti-sex or not having realistic attitudes about teenage behavior,” she said the IUD is simply too dangerous to give to young girls.

For one thing, young girls’ unfamiliarity with their bodies may make it difficult for them to know if the device is correctly positioned at all times. “IUDs require monitoring that I do not trust a minor to execute,” Karvunidis wrote.  “Maintaining an IUD is senior-level birth control.”

Karvunidis also worries that the IUD may lull girls into a false sense of security when it comes to the risks of sex, because although it may prevent babies, it won’t protect against STDs.  “IUDs do not prevent sexually transmitted diseases,” she wrote.  “There is no abortion for HIV.”

“I'd rather my daughter came to me and said she was pregnant than tell me she contracted HPV that can lead to cervical cancer which can lead to infertility,” she added. “I may not want to be a grandma at 40, but I'd like the job eventually.”

Karvunidis also noted that IUD insertion can be severely painful even for adult women who have already had their uterus stretched out by pregnancy – let alone for young girls who haven’t even had sex yet, as the AAP recommends.

“Getting an IUD hurts!” she wrote. “IUDs are notorious for causing cramps and/or ovarian cysts that can burst and cause major abdominal spasms. A few days after I got my Paraguard I thought I was in labor again. I had just had my third baby six weeks before and I was in the exact same pain. At least with labor I got a baby out of the deal. With the IUD I just get . . . nothing?”

“IUDs are supposed to get more comfortable after each baby,” she added. “A teenage girl is going to howl like a poltergeist as that thing settles in.”  She added that given how unsatisfying sexual intercourse is for most teen girls, the IUD is “just for the guy,” giving him peace of mind while he uses his partner for his own pleasure.

Last but not least, Karvunidis touched on the serious risks associated with the devices.

“IUDs themselves can cause permanent damage and infertility,” Karvunidis wrote.  “Sure, it's uncommon, but so is being a redhead. IUDs can perforate the uterus or cause uterine scarring. Imagine your daughter never having a baby because of a decision she made under your care.”  She further noted that one of the risks of the device is that after it tears through the uterus, it can migrate, causing serious damage to other internal organs.”