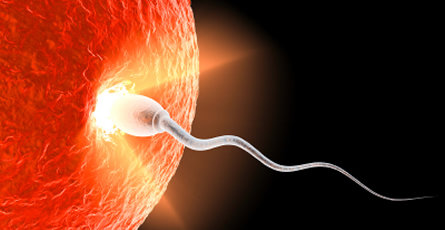 In the first video, Siudmack states that life begins at conception:

As a doctor, I know, as do my colleagues, that life begins at conception. That life begins the moment of conception is no longer a matter of personal opinion. It is an established medical fact. And this fact is not in dispute in any reputable medical textbook in the world. At the beginning of conception, a distinct, living, and whole human organism is formed.

Read excerpts from medical textbooks that verify that each unique human life begins at conception.

… The body of scientific evidence that human life begins at conception – fertilization… Scientific and medical discoveries over the past 3 decades (since Roe versus Wade) have only verified and solidified this age-old truth.

Read more about the American College of Pediatricians’ views.

Siudmack also says that preborn babies can feel pain, a scientific belief that is shared by many embryologists, pediatricians, researchers, and other medical professionals:

The baby has a brain. It has a nervous system. It has nerve endings. And it doesn’t take a rocket scientist to put the dots together that obviously the baby has the capacity to feel sensation and pain. In fact, when we do ultrasounds on many of these babies, when we want to try to get it to move, we’ll jostle the woman’s abdomen and the baby does feel the sensations of movement and encouragement to move, and it, in fact, responds to that. Studies have also shown that the baby responds to music, it responds to sound. This is all a function of the baby’s nervous system. So yes, the baby does feel, and can feel pain.

Siudmack comments on how ultrasound shows the humanity of preborn babies:

One of the greatest technological developments in the last 30 years is the development of the ultrasound. No longer can we say that the fetus is just a blob of tissue. The ultrasound proves conclusively that a distinct, living and whole human being has been created, with fingers and toes, and arms and legs, and a face, and a beating heart.

In fact, ultrasound has been pivotal in the conversions of several abortion providers. The late Dr. Bernard Nathanson, an abortionist who presided over 60,000 abortions and was the founder of NARAL, changed his beliefs as a result of the invention of ultrasound. According to Nathanson:

By 1984, however, I had begun to ask myself more questions about abortion: what actually goes on in an abortion? I had done many, but abortion is a blind procedure. The doctor does not see what he’s doing. He puts an instrument into a uterus and he turns on a motor, and the suction machine goes on and something is vacuumed out; it ends up as a little pile of meat in a gauze bag. I wanted to know what happened, so in 1984 I said to a friend of mine, who was doing 15 or maybe 20 abortions a day, “Look, do me a favor, Jay. Next Saturday, when you're doing all these abortions, put an ultrasound device on the mother and tape it for me.”

He did, and when he looked at the tapes with me in an editing studio, he was so affected that he never did another abortion. I, though I had not done an abortion in five years, was shaken to the very roots of my soul by what I saw.

The Silent Scream, created by Dr. Nathanson, shows an ultrasound of a first trimester preborn baby being torn apart in an abortion. Released in the 1980s, it convinced many people to join the pro-life movement.

Abby Johnson, former director of a Planned Parenthood facility, also witnessed an abortion on ultrasound, which convinced her to leave Planned Parenthood and become a full-time pro-life activist. You can read her powerful description of what she saw and how it changed her online and in her book Unplanned.

Joan Appleton is another abortion industry worker who changed her mind after seeing an abortion on ultrasound and witnessing the pre-born baby struggling in vain for his life.

Siudmack has verified what pro-lifers have been arguing all along – that abortion violently kills a baby. These quotes, which come from a reformed abortionist who has witnessed and performed countless abortions, add even more evidence to the vast supply of facts and eyewitness reports that pro-lifers have to back up the pro-life position.