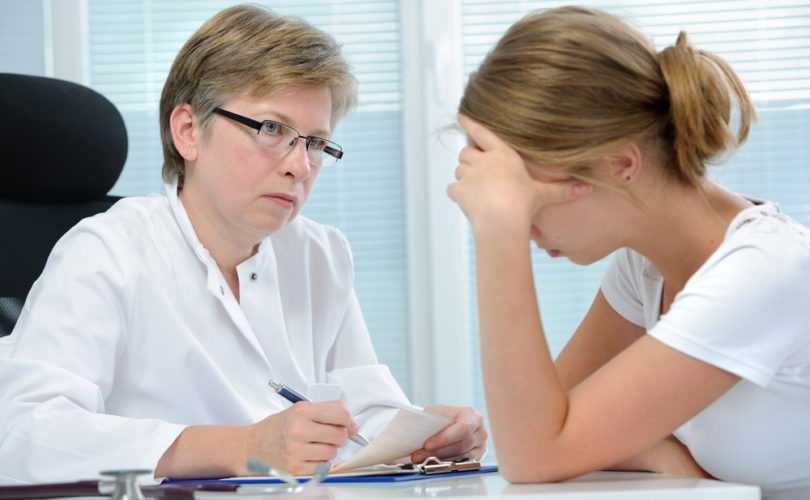 Lavonne Wilenken, who worked as a former nurse practitioner at a Planned Parenthood clinic, told her story back in 1992. Why is it still relevant today? Because it is further evidence that Planned Parenthood has always aggressively promoted abortion as the solution to unplanned pregnancy.

Cecile Richards, current president of Planned Parenthood, whose salary is around $590,000 a year, has admitted that, aside from government funds, abortion brings in 86% of Planned Parenthood’s income. Therefore, it is a huge part of their business and a primary source of revenue.

Wilenken says that when a pregnant teenager came to the clinic but seemed reluctant to have an abortion, the following would happen:

The counselor would say to the teenager, “Well, where’s the $250,000 that it takes to raise a child in society today?” And “What are your parents going to say when they find out that you’re pregnant?” And “What is your boyfriend doing? Is he going to help you? Where is he?” and “How are you going to finish your education if you have a baby? Don’t you know you can’t go to school if you have a baby?” Things like that, very subtle things that will push the girl over and make her decide.

Then they sort of do a “Mutt and Jeff” routine. First will come those questions. Next will come the very motherly, the very soothing, “But we can help you. We can help you out of your problem. Your parents don’t have to know. We can help you with the money. You don’t have to have any money and we can help you out of your situation because we know that you don’t want to be pregnant. You just want to be not pregnant and we know that you know that you can’t take care of a baby right now. You know that you’re not ready and we want you to do these things when you’re ready.” So they play on the emotions of the young girl who scared, frightened, doesn’t know where to go, but she’s been told this is the place to go to get help.

In this way, the teenager was frightened into consenting to an abortion she might regret for the rest of her life.

In fact, Wilenken’s clinic was so eager to do abortions that she says they outright forced a 17 year old to have one against her will.

In more recent years, Abby Johnson, the former manager of a Planned Parenthood abortion clinic in Texas, has said:

So many women today think of Planned Parenthood as a safe place to turn to … [but it is] a place where they will NOT hear all of their options. A place where women will be coerced into thinking abortion is the best and only option for them.

Catherine Anthony Adair, another former Planned Parenthood worker, elaborated, in an article in the Washington Post:

In fact, clinic workers would purposefully avoid providing information on fetal development, what the child looked like, the child’s anatomical development and the pain he or she could feel. I was continuously reminded that when referring to the baby, the appropriate terminology was “clump of cells” or “contents of the uterus.”

Then women would know what was really growing inside them: a little person with a beating heart, functioning nervous system, tiny hands and feet. The child is entirely disregarded. There is no counseling, no care, no waiting and no discussion. Once a pregnancy is confirmed, it is off to termination.

Planned Parenthood takes specific advantage of women who are too young or misinformed to know better than to trust them with their well-being. Those who know the truth have a duty to speak out.

Post-abortive women who went to Planned Parenthood have also described being told misleading or blatantly false information, or being pressured into abortions.

In fact, you can watch as a Planned Parenthood clinic worker lies to a Live Action undercover investigator pretending to be a pregnant young woman, and an abortionist urges her to abort instead of taking more time to think about her choice:

And see and hear even more blatant dishonesty from a Planned Parenthood worker:

Sadly, Planned Parenthood has always shown a willingness to bend the truth to suit their pursuit of profit.