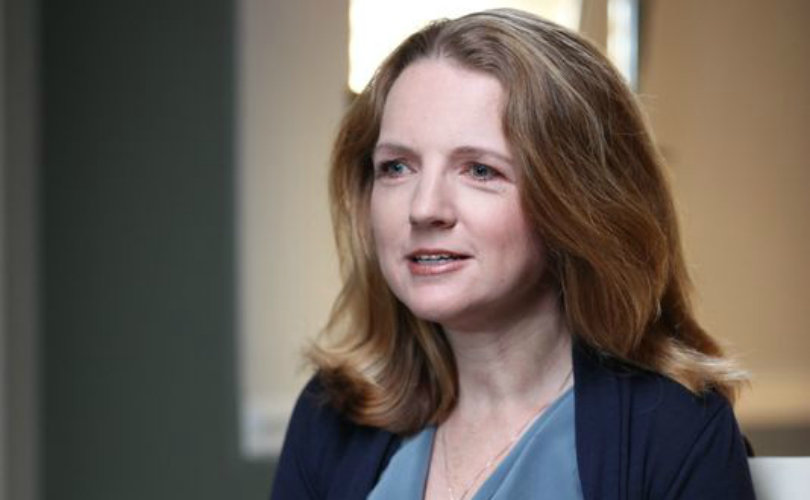 “If a woman got pregnant, she would instantly be scheduled to get an abortion,” says Claire HeadleyA&E

January 4, 2016 (LiveActionNews) — Actress Leah Remini was a member of the Church of Scientology for over 30 years before she eventually left the church. Now, her new show on A&E, Leah Remini: Scientology and the Aftermath, is dedicated to exposing the alleged abuses of the church. But the most recent episode, titled “Golden Era,” featured the heartbreaking story of a married couple who claim they were made by the Church of Scientology to live apart, with the wife being forced to undergo multiple abortions.

If a Sea Org member gets pregnant, she is expected to have an abortion, the Headleys claim. “If a woman got pregnant, she would instantly be scheduled to get an abortion,” Claire explained. She said that she knew of at least 50 women forced into abortions, with some she knew of having “up to six” abortions. The Church of Scientology saw getting pregnant as a sign that the Sea Org member wanted to leave, and this was not permitted:

She and her husband were married, but it didn’t matter — she lived in fear of getting pregnant. And eventually, she did. She said that she was forced into an abortion, and broke down into tears as she explained what happened, and the anguish it still causes her. “Inside, I’m dying,” she said as she cried. “It’s like, worst fear come true. I can go, ‘Well, now I have three beautiful children who are my life,’ but … it doesn’t make me feel better about not being strong enough to tell (Scientology) to go f— themselves.”

The Church of Scientology denies that it forced members to undergo abortions, but this is not the first time such claims have been made. Other women have likewise come forward to speak out about forced abortions in the church.