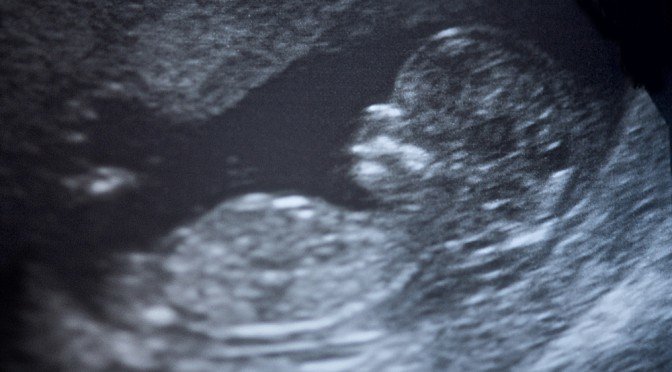 April 15, 2016 (LiveActionNews) — Earlier this month, a Northern Ireland woman was sentenced to three months in jail (suspended for one year) after pleading guilty to using illegal abortion pills in 2014. Now, her former housemates, who originally contacted authorities about the abortion, are speaking out about the details surrounding the abortion.

The woman’s two former housemates, both of whom remained unnamed in an interview with the Belfast Telegraph, described a chilling series of events which ultimately resulted in the abortion of a “fully formed” baby boy, who was left in a bag inside a bin for eight days before police were contacted.

One of the housemates claims that the woman referred to her unborn baby as “the pest,” and repeatedly said that she wanted to just get rid of it. The housemate, a 38-year-old woman, told the Telegraph, “She said: ‘I don’t want this inside me.’ I offered a number of times to become legal guardian to the child. I myself had just had a miscarriage. I really tried to help her.” Despite refusing to call herself pro-life, the housemate said she “talked through a number of options but she just didn’t want to know.”

I didn’t expect the baby to be so fully formed. The court was told she was 10 to 12 weeks pregnant when she obtained the tablets, but he seemed older. He had fingers, little toes. Even now I just have a picture in my mind of it. Its wee foot was perfect.

At 10 weeks, preborn babies begin to grow fingernails and toenails, and have a unique set of fingerprints.

The second housemate, a 22-year-old, also saw the baby in the plastic bag and says she is still greatly troubled by the events of that day…

This isn’t a debate about the rights and wrongs of abortion. The way this was done was wrong. The baby had hands, feet, all its facial features, its little nose. I can’t stop thinking that it might have been alive when it was born. It is awful.

After one of the housemates couldn’t take it anymore, she admitted the incident to a friend, who encouraged her to call police. Both housemates have since reportedly been harassed on social media by pro-abortion activists angry about police being contacted. The second housemate explained, “It is just insane the way we are being portrayed as being the bad ones in this. The abuse we are getting is just awful. People are accusing us of having no compassion for not getting her help…” but both claim they offered the woman support and help multiple times to no avail.

“It was as if she was getting rid of a piece of clothing,” one housemate said. “There was absolutely no remorse. Even the way she was up and away out and doing her own thing a day after the abortion, while me and our other house-mate just walked around in shock. She wasn’t forced into anything.”