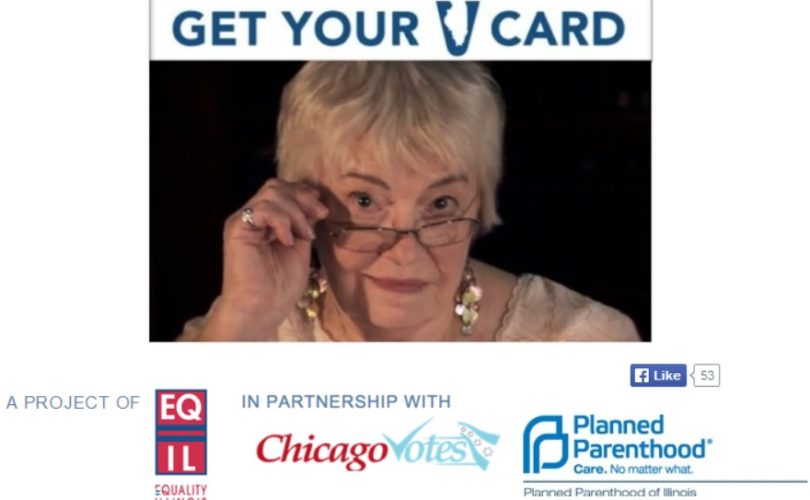 (Note: The video appears to have been removed since we first posted it.)

A husky-voiced female announcer introduces Doris and Betty, two senior women who fluff their hair and wink at the camera as two young men approach a mysterious looking building together.

“They know what you want to do. It's probably your first time,” she says through a smoky voice. “They wonder if you have your v-card.”

Having a “v-card” is a slang term for someone who is a virgin.

“Yours won't be the first they've seen, and certainly not the last,” she says.

The ad helpfully notes that registered voters who obtain a voter ID card in the state of Illinois “don't even need to bring it or an ID when you come to vote.” It also encourages them to “learn about how to vote early.”

The Huffington Post referred to their collaboration as “by far, the perviest voter registration ad ever.”

The theme is continued in the accompanying website, GetYourVCard.org.

The new spot echoes a commercial the Obama campaign released in 2012 targeting young voters, in which pro-abortion actress Lena Dunham of the HBO series Girls non-chalantly compared casting a first vote to losing your virginity. “Your first time shouldn’t be with just anybody. You want to do it with a great guy,” Dunham said. “A guy who cares about whether you get health insurance, and specifically whether you get birth control.”