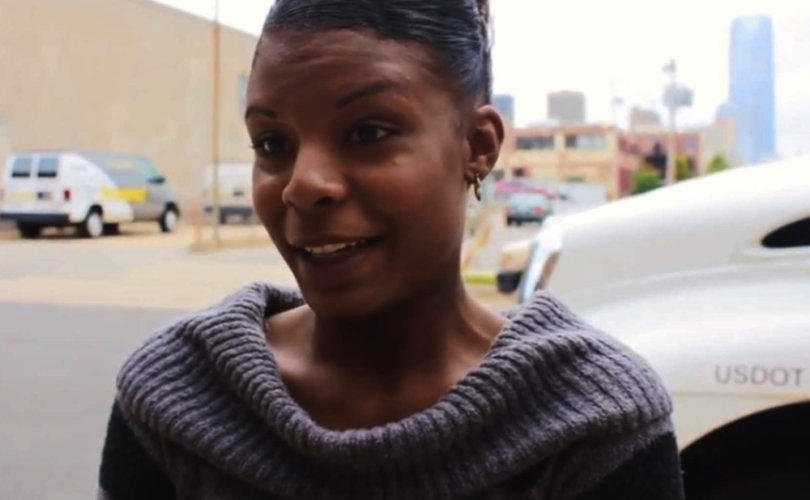 What happens to Whatley in the drama also happened to her.

“I also was young and pregnant once,” she told the Daily Wire in an exclusive interview. “I went to actually abort my baby, and the nurse had let me hear my son’s heartbeat.”

As Whatley lay on the surgical table listening to her baby’s heartbeat while the nurse was out of the room, “I just started crying and decided it was something I couldn’t do, I couldn’t kill my baby,” she said.

“So I put my clothes on, I went out to my grandpa, I told him I couldn’t do it, he said, ‘let’s go,’” the actress recounted.

Whatley’s character, Viola Brown, also considers abortion but changes her mind in the film dramatization of the grisly saga of Philadelphia abortionist Gosnell.

Gosnell was sent to prison for life five years ago on three first-degree murder convictions for killing babies who survived abortion by sticking scissors in their necks and severing their spinal cords.

According to the 280-page Grand Jury report, Gosnell allegedly killed hundreds of babies by this method in his filthy, blood-spattered “house of horrors,” where he kept the feet of his tiny victims in jars.

After a nearly two-month trial that mainstream media initially avoided for weeks, Gosnell was also convicted of one count of involuntary manslaughter in the death of a 41-year-old patient.

Four years in the making, Gosnell: The Trial of America’s Biggest Serial Killer is set to open in 750 theatres on October 12.

It’s directed by conservative actor Nick Searcy (Shape of Water) and stars Dean Cain (Lois and Clark), and was created and produced by husband-and-wife team Phelim McAllen and Ann McElhinney (Fracknation), who also wrote a book on Gosnell, and Magdalena Segieda (Fracknation).

The film’s shoestring budget was raised in a record-breaking campaign when nearly 30,000 people contributed $2.3 million in 45 days on crowdfunding website IndieGoGo.

Whatley told Daily Wire that she’ll be forever in debt to the abortion center nurse who let her hear her baby’s heartbeat, because that’s “something they’re also not supposed to do.”

“My son has been so much joy to me,” Whatley said. “When I look at him, I just can’t believe I was going to kill somebody so precious.”

Her advice to women seeking abortion is to seize whatever chance they may be offered to change their mind, she said.

“I’m so thankful to that nurse for giving me the opportunity to change my mind and have my baby,” Whatley said.

Story of ‘House of Horrors’ serial killer Gosnell ‘brought me back to prayer,’ says filmmaker