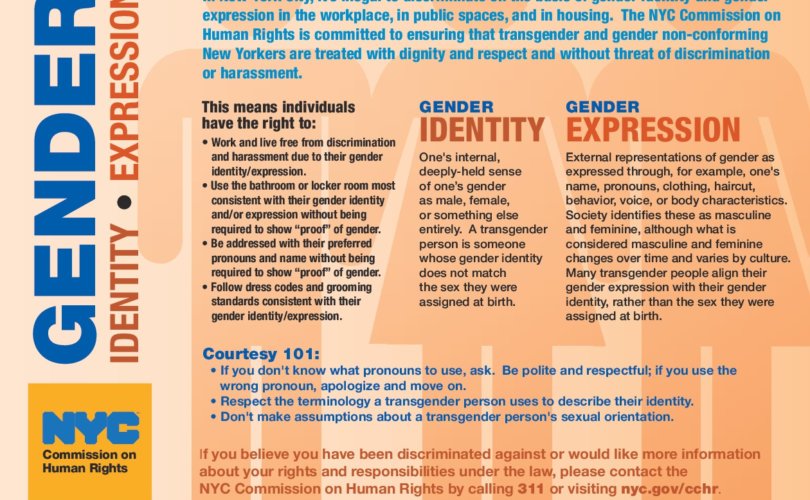 The New York City Commission on Human Rights (NYCCHR) has released anti-discriminatory literature defending the LGBT+ community. They have provided a list of 31 types to choose from to describe their identity, without needing to show “proof” of gender. These genders are versions or a combination of male and female identities.

The NYCCHR has stated that it is illegal to discriminate on the basis of gender identity or expression in housing, employment, or public accommodations. Businesses that discriminate risk incurring six-figure fines implemented by the NYCCHR.