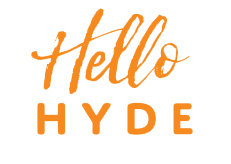 September 8, 2016 (LifeSiteNews) — A campaign called #HelloHyde is gearing up to celebrate the 40th anniversary of the Hyde Amendment, the law prohibiting federal funding of the Medicaid program from being used for abortions.

The #HelloHyde campaign is collecting photos of people who received prenatal and/or birth care through Medicaid after 1976, when the Hyde Amendment became law, and celebrating their lives.

“In just 40 years, the Hyde Amendment has saved over a million lives,” according to the campaign.

Abortion supporters acknowledge that the Hyde Amendment, which officially became law on September 30, 1976, has prevented more than a million abortions.

“More than a million women” have been unable to obtain abortions because of the Hyde Amendment, according to a report from the Center for Reproductive Rights.

For the first time in history, the Democratic party’s 2016 platform calls for the repeal of the Hyde Amendment and taxpayer funding of abortion.

On September 30, the Charlotte Lozier Institute will release a report detailing how without the Hyde Amendment, one in nine children born through Medicaid would have died from abortion.

People born through Medicaid after 1976 wishing to participate in the campaign may do so here.