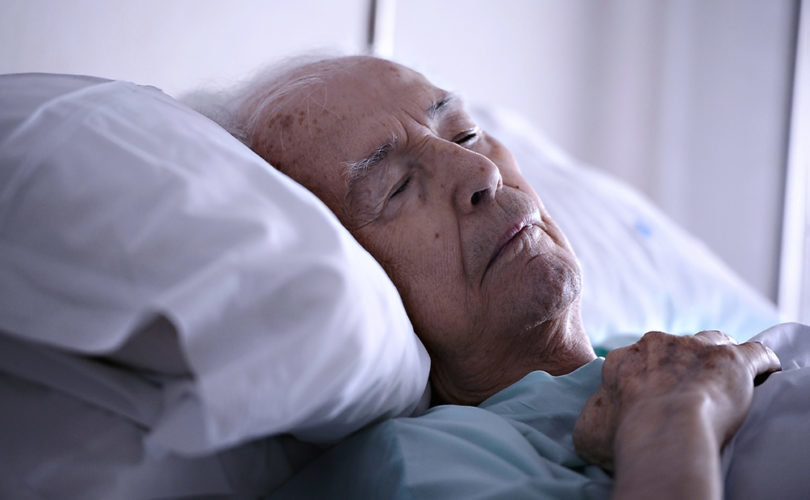 October 30, 2015 (NationalReview) — A Netherlander death doctor once notoriously said he had little need for palliative care because he had euthanasia.

Negligence and lousy medicine can also push desperate people into assisted suicide rather than face awful conditions. That is apparently what is happening in the UK, as horrible end-of-life care pushes people to accept assisted suicide over abandonment and being allowed to die in pain. From the Telegraph story:

“Shocking” standards of end-of-life care in the NHS are fueling support for the legalisation of assisted dying, the chairman of an inquiry by MPs into palliative care in the UK has warned.

Bernard Jenkin chairman of the Commons Public Administration and Constitutional Affairs Committee said a fear of “finishing up on some hospital trolley, dying in some forgotten corner” was helping drive support among the public for a change in the law.

The committee is calling for an urgent overhaul of training and the working culture in hospitals to address “systemic” failings in caring for people in the final days and hours of their lives.

This is a lesson of the dangers of the growing “quality of life” ethic in medicine and centralized, bureaucratic control over the delivery of health care, coming our way with Obamacare.

But assisted suicide is not the solution. It is, instead, a surrender that will make such negligent and indifferent care more difficult to remedy.

But boy, what a vote of no confidence that many Brits suicide as preferable to receiving end-of-life care in the NHS.