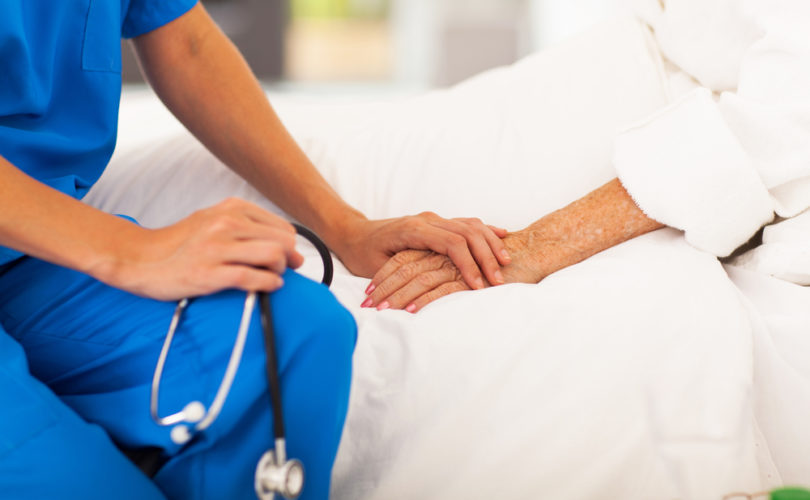 March 8, 2016 (AlexSchadenberg) — The recent report of the federal government's Special Committee on Assisted Dying stated (recommendation 11) that every publicly funded healthcare institution should be required to allow assisted death on its premises.

On March 5, the Windsor Star published an article by Brian Cross concerning Hotel Dieu Grace Hospital and the Hospice of Windsor and Essex County, since both institutions oppose euthanasia and assisted suicide.

Carol Derbyshire the CEO of the Hospice of Windsor stated that their philosophy of ca supports:

“respect for the dignity and sanctity of human life,” and … that it’s (assisted death) not part of palliative care.

Janice Kaffer, the CEO of Hotel Dieu, that also operate a hospice, stated:

As a faith-based Catholic hospital, it does not believe it should participate in physician-assisted suicide.

Jean Echlin who is the President of the Euthanasia Prevention Coalition and a registered nurse who was instrumental in founding the Hospice of Windsor clinical and volunteer programs and recently co-authored a book titled: It's not that simple told the Windsor Star:

most Canadians don’t understand how dignified death can be when pain and symptoms are well managed. She fears the push for assisted suicide is being driven by a desire to control health costs. Little consideration is given to the “death squads,” the doctors and nurses expected to deliver the deadly drugs,

“Whether I’m the executioner or I’m made to to refer someone to an executioner, I feel I’m still responsible,”

Burke is concerned that the Ontario College of Physicians would revoke his medical license if he refuses to kill his patients. The Windsor Star stated:

He worries that if he follows his conscience he may contravene the rules of the Ontario College of Physicians and Surgeons and end up losing his licence.

Healthcare professionals and institutions must not be forced to participate in killing their patients. If Canada imposes euthanasia upon the nation, there needs to be “safe havens” where people can go and not be pressured to die by lethal injection.