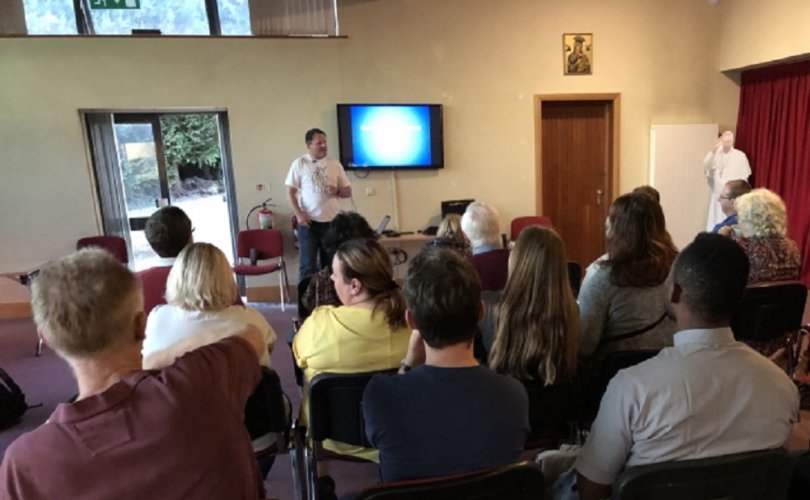 He assisted with dozens of abortions when he worked in a hospital and even played a role in the abortion of his own child.

But the month after Adam was baptized as a Christian, he had a terrifying nightmare about his role in that abortion.

Adam is now leading the first 40 Days for Life campaign outside Southampton Hospital, where hundreds of children are lost to abortion each year.

Southampton is about three hours south of the Nottingham abortion facility that became the 100th to close following a 40 Days for Life campaign.

40 Days for Life kickoff events continue all week in cities around the world.

The 40 Days for Life launch event in Redding featured a keynote talk from Daryl Lefever, one of the producers of Unplanned.

“He spoke about God's Hand in the timing of the release,” said Paul, the local leader in Redding. “The producers couldn't have known how abortion would be so prominently discussed nationally after New York and Illinois passed extreme late-term abortion bills.”

At a critical time, the film's release led to a 30 percent increase in vigil participants. May the momentum continue throughout the fall campaign!

Bishop David Zubik helped launch the Pittsburgh 40 Days for Life campaign with a Eucharistic procession through the downtown neighborhood where Planned Parenthood is located.

Escorted by the Pittsburgh Police Department, hundreds of pro-lifers processed through the streets to the abortion facility, breaking out into song along the way.

“This was the most amazing way to kick off our 40 Days for Life EVER!!!” wrote the Pittsburgh team.

Therefore I tell you, do not worry about your life, what you will eat or drink; or about your body, what you will wear. Is not life more important than food, and the body more important than clothes? Look at the birds of the air; they do not sow or reap or store away in barns, and yet your heavenly Father feeds them. Are you not much more valuable than they? —Matthew 6:25-26

Loving heavenly Father, help us to see the worth of all human beings by the way in which you provide for us. We would ask that you provide also the faith, grace and courage to enable us to protect that which is so precious to you.