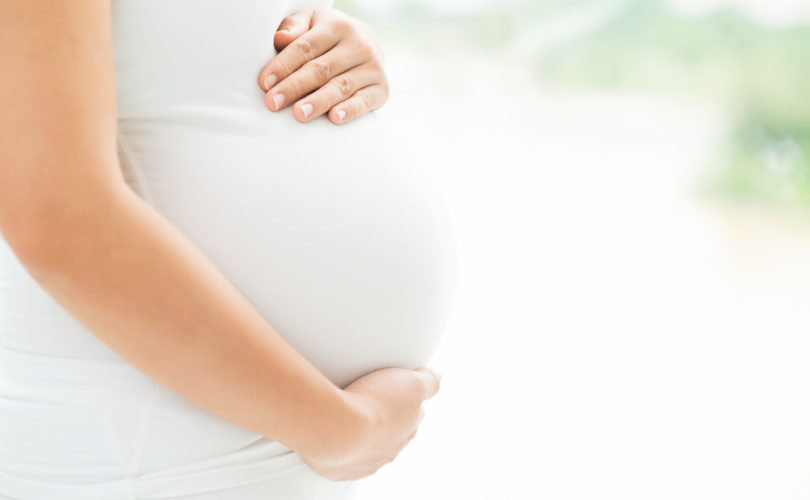 I was joined by four of my colleagues recently across from McMaster University in Hamilton for “Choice” Chain. It's always a great location to show abortion victim photography because students cross in a steady stream and many stop to talk about what they think.

I spoke with several people about their thoughts and feelings on abortion. A group of five men stopped and each took a pamphlet, expressing that they had never seen the images before. A woman stared at the image of a first trimester child that was killed by a suction aspirator and asked, “What can I do?”

We had a conversation about Canada's lack of an abortion law and how people like us can have an impact. She took two pamphlets to share with friends so others could also see what she saw for the first time.

I turned to my left to see another woman approaching. This one wasn't interested in talking, though, as I saw she was holding a can of spray paint ready to use on my sign. She had already used her spray paint on the signs of my colleagues. I turned my sign away from her as she got closer. She stopped walking and stared at me with a stunned look on her face. I guess she wasn't expecting to see my stomach protruding so much. It turns out three pounds and fifteen inches of growing fetus is pretty easy to spot. She said, “You're pregnant. How can you do this? Don't worry. I won't spray you. It's bad for your health.” I knew, though, that it wasn't my health she was concerned with, since she didn't show my other colleagues the same courtesy.

What made me different from the other four people holding signs? Since she doesn't see pre-born children as deserving of human rights like the rest of us, I was surprised she didn't treat me like the others. After all, if the 28-week-old female fetus growing inside of me isn't a human being, who cares if the one carrying that fetus gets spray paint on her or not?

She did, though. Despite not caring about other fetuses, she cared for mine; enough to not force me to inhale a toxic fume. Her instinct was to not harm a child. And yet she said she supports abortion. The sudden and unexpected act of not spray-painting my sign showed me that a part of her does understand that pre-born chidren need special care. That there is something about a pregnant woman that makes her body different from other people's bodies.

This woman, who was clearly distressed about abortion, hasn't made a very significant connection yet. I hope that she reflects back on what happened and questions why she hesitated with her spray paint when she saw me and what that tells her about her thoughts, instincts, and priorities. How she respected my daughter doesn't line up with her worldview of abortion on demand because some fetuses can't be more human than others. They either all are human, deserving of human rights, or none of them are. She undermined her position by not treating me like my four colleagues, and not disregarding my six month old fetus like every other embryo and fetus threatened by abortion in Canada.

It is for women like this that we show the images. They break down the walls that people build around their hurt and their experiences. I know that one day she will come to see how her views do not line up with how she instinctively feels or acts because I saw a glimpse of compassion for pre-born children in her—even if she doesn't know it is there.

Reprinted with permission from CCRB.