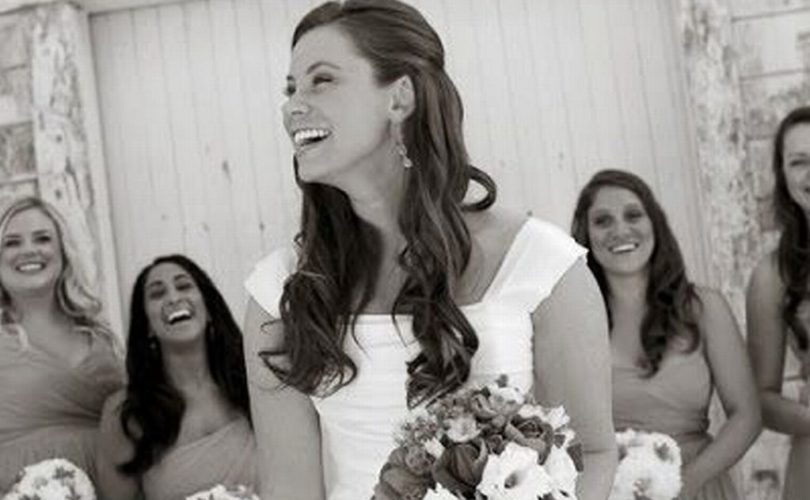 According to Barbara Coombs Lee, the head of America’s leading assisted suicide lobby group, Compassion & Choices (C&C), it was Brittany Maynard, the just-married woman who drank a lethal dose of barbiturates on November 1 last year, a few weeks short of her 30th birthday. She died in Oregon because assisted suicide was illegal in her home state of California.

Brittany, who had an aggressive brain tumour, wanted to use her death to send a message pleading for the legalisation of assisted suicide. A C&C video about her did exactly that. On October 6 last year it was released on YouTube; on October 5 this year, Governor Jerry Brown signed a bill legalising assisted suicide, a measure which had failed six times since 1988.

Defeat in America's biggest state has been a bitter pill for opponents of assisted suicide. But if you're handed a lemon, make lemonade. It’s also an opportunity to learn the lessons in propaganda which are exemplified so brilliantly in Brittany’s video.

Hire professionals. Until Brittany, C&C videos attracted only a few hundred or a few thousand views. But hers has been seen about 12 million times. Dustin Hoffman’s daughter Allie, a well-known Hollywood figure who runs a New York public relations firm, put together a multi-platform media campaign called Twenty Nine Years (Brittany’s age). A professional story-telling consultant was employed to create the video.

Create a religious frame for the story. Paradoxical as it may seem, Brittany’s video was deeply spiritual in its rhetoric and language. Just as Christ’s suffering redeemed the world, Brittany’s “passing” (another Christian term) would relieve the suffering of many others. In other words, she was a martyr. Barbara Coombs Lee reinforced that in her commentary. She vowed to Brittany before she died that C&C would be “her good and faithful servants”, a phrase taken straight from the Bible.

Find a star who is young, attractive and articulate. And preferably white. Being young is just a marketing ploy, as most of the people who take advantage of assisted suicide are elderly. Being white probably helped C&C, too, as the assisted suicide movement is largely WWW – worried, well and white. They could identify with Brittany. If you survey the C&C videos and the C&C Board, you will see only white faces and Anglo-Saxon names…

Make it a family affair. Key to the success of the video was the support of Brittany’s mother and husband. She spoke of dying at home, in her own bed, surrounded by family and friends. The video subtly created parallels between her wedding and her death – both were celebrations.

Make it a feast for the emotions. The insistent tinkle of a piano score in the background underlined the sincerity and serenity of Brittany’s decision as she dabbed at her eyes.

In short, the video depicts assisted suicide as a joyful, faith-filled, family-friendly, fulfilling choice. Compassion & Choices stole the playbook of its opponents.

Michael Cook provides an analysis that is important for opposing euthanasia and assisted suicide everywhere.

The Euthanasia Prevention Coalition will not stop. Legalizing assisted suicide and euthanasia gives physicians the right to be intentionally involved with causing the death of people who are at the most vulnerable time of their life. This is simply wrong.