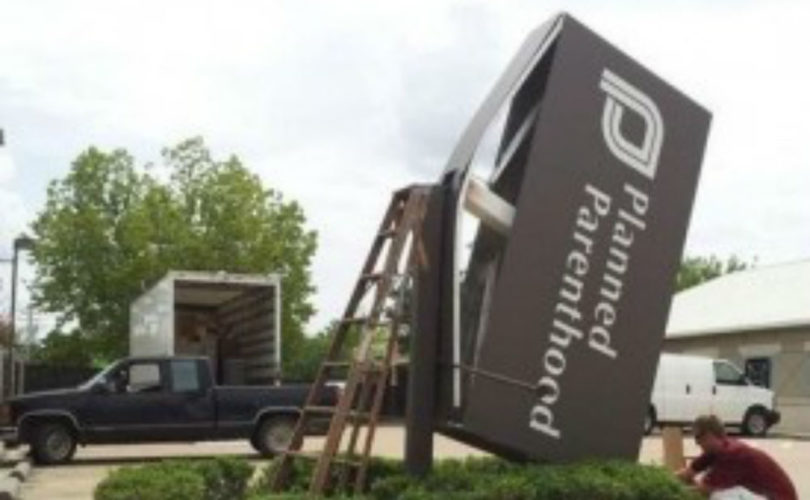 Planned Parenthood’s biggest abortion surge has been in the field of medical (RU-486) abortions. Planned Parenthood operates 90% of all U.S. medical abortion clinics, according to AbortionDocs.org. Here’s a chart from STOPP.org:

By 2011, the latest figures available, Planned Parenthood was responsible for 31.6% of the U.S. abortion marketshare, surely higher today.

Were Planned Parenthood to go under now, the abortion industry would collapse.

I wrote last week about Planned Parenthood’s growing monopoly of that shrinking industry.

This has been intentional, a dual strategy by Planned Parenthood to increase the number of its abortion clinics while crushing the competition.

Planned Parenthood has been conducting its coup for years, if not decades. Quoting the Wall Street Journal from 2008:

This is not the Planned Parenthood we all grew up with… they now have more of a business approach, much more aggressive,” said Amy Hagstrom Miller, who runs abortion clinics in Texas and Maryland.

Ms. Hagstrom Miller competes with Planned Parenthood for abortion patients – and finds it deeply frustrating. She does not receive the government grants or tax-deductible donations that bolster Planned Parenthood, and says she can’t match the nonprofit’s budget for advertising or clinic upgrades. She has carved her own niche by touting her care as more holistic – and by charging $425 for a first-trimester surgery at her Austin clinic, compared with $475 at the local Planned Parenthood….

“They’re not unlike other big national chains,” Ms. Hagstrom Miller said. “They put local independent businesses in a tough situation.”

There is plenty of evidence Planned Parenthood is indeed trying to drive out the competition. Two recent examples:

But there is a provocative flip side to this that plays right into pro-life hands: As Planned Parenthood grabs more of the declining abortion industry, and the industry becomes ever more dependent on Planned Parenthood for survival, the prospects of that industry’s collapse only increase.

Also gone would be Planned Parenthood’s influence on elections and litigation.

“Remember that, in addition to becoming the primary abortionists, Planned Parenthood is who provides the lawyers and the political connections to keep abortion legal,” reminded American Life League’s Jim Sedlak in an email. “If Planned Parenthood collapses, all the behind-the-scenes infrastructure goes with it.”

Interesting theory, but is it realistic to imagine that Planned Parenthood could crash?