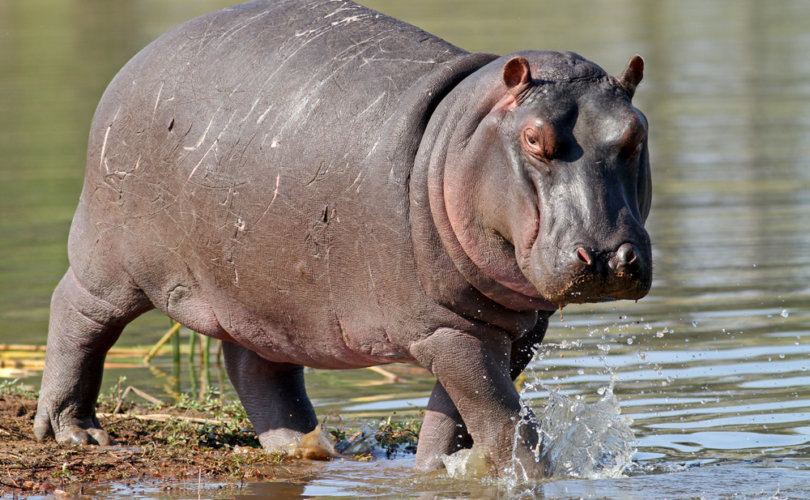 May 30, 2017 (LifeSiteNews) – A University of Arizona visiting scholar published an article in a peer-reviewed journal about how she self-identifies as a hippopotamus.

Media reports about the article by Florentin Félix Morin refer to Morin as a “transgender man.” In the article, Morin seems to indicate that she is biologically a woman. She says, using more colorful language, that she started identifying herself as a lesbian hippo stuck in the body of a “transmale” as a way to “escape” the “several sets of categorization that govern human bodies,” like “'gender,' 'sexuality,' [and] age.”

Angelaki: The Journal of the Theoretical Humanities published the article.

“I do strongly love when my friends call me 'hippo,' refer to my 'paws' and pretend that they see no difference between me and one of my stuffed hippopotamuses, except that I’m a little bigger than most of them,” Morin wrote. “Something about being a hippo makes me feel cute, confident, sexy, and safe. I discovered that another self was available for me: being a hippo means that I don’t have to be a boy or a girl, a child or an adult, normal or strange. It means that my smile becomes a hippo smile, and the way that I carry my body, a hippo walk. It brings me freedom, space, and a thrilling sense of possibility.”

The article delves into why Morin can't “socially exist” as a hippopotamus but why because of self-determination she should be able to.

“Cutting through the dominant fiction of the gendered human body,” identifying as a hippopotamus “generates a powerful artistic/political image that helps to deal with society’s denial of gender’s fictionality,” Morin wrote.

It's “a fictional, therefore political, form of resistance to the (trans)gender policing of my body.”

“It is an embodied metaphor…and the most precious gift that was ever given,” she concluded.

Morin's approach to the world is nominalist. She seems to think that something that is clearly a fantasy is more powerful than physical reality, and should be recognized as such.