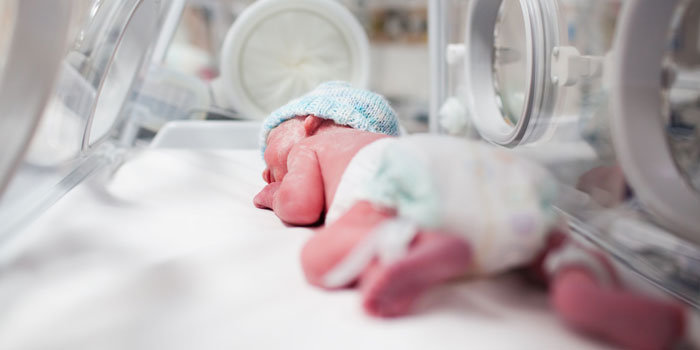 Feb. 11, 2019 (LiveActionNews) – The abortion industry doesn’t want to admit that babies can survive abortion. They call it a myth and pretend it doesn’t happen — but it does. And what happens when babies do survive abortions is chilling. Too often, the babies are left to die, with no comfort or compassion, but alone and cold and in pain. This is exactly what just happened in Poland, where a baby with Down syndrome was the victim of a botched abortion, and was then left to die, crying for nearly an hour while doctors did nothing.

Doctors and medical staff at Holy Family Hospital in Warsaw, Poland, left a child to die after a botched abortion, according to local media reports detailing the horrific scene.

The baby was born on March 7, 2016 at 24 weeks, after an abortion failed. The child cried and screaming for an hour before dying, according to witnesses, as reported on Republika Television.

Medical personnel did not try to help the child in any way.

Hospital spokesperson Dorota Jasłowska-Niemyska explained that a patient at the end of the 23rd week of pregnancy came to the hospital, and her medical tests suggested that the baby had Down syndrome. The hospital claims that everything that happened thereafter was according to the law and medical procedures. The dignity of the patient and the dignity of the fetus were respected, she continued.

In Poland, abortion is illegal — except to save the life of the mother, in cases of rape in the first trimester, or if the baby has a “severe and irreversible handicap or an incurable and life-threatening disease.” In the third option, the baby can be aborted until the point of viability. But viability is not explicitly defined, so late-term abortions can happen, as long as the baby is considered to be disabled. It’s a despicable law that discriminates against people for the “crime” of having a disability.

A baby at 24 weeks gestation is also indisputably at the point of viability. It is at 24 weeks that a baby reaches the 50% mark of surviving, but babies younger than 24 weeks have survived. A recent study found that more and more babies were surviving at 23 weeks, and a study before that found that babies as young as 22 weeks could survive with proper treatment. And at least two babies have survived at 21 weeks. Amilia Taylor and James Elgin Gill were both born at 21 weeks and survived, and are both now healthy and thriving.

Sadly, the abortion industry doesn’t care much about science and viability. They also don’t care about their legal requirement to offer medical care to babies who survive abortion, even here in the United States. Live Action’s Inhumaninvestigation uncovered the truth: that late-term abortionists across the country would leave babies to die if they survived the abortion, without offering any medical care whatsoever.

What happens when a baby survives an abortion? Live Action’s undercover cameras reveal what late-term abortionists would do with a baby struggling for life. Watch their shocking admissions from our “Inhuman” investigation.

As for Poland, a Catholic priest, Ryszard Halwa, is calling for the hospital to be charged with a crime. If a baby survives an abortion and is born, then he is legally considered a child and should have been given the life-saving medical care that was needed.

Hospital staff failed to do so, and should be held accountable.