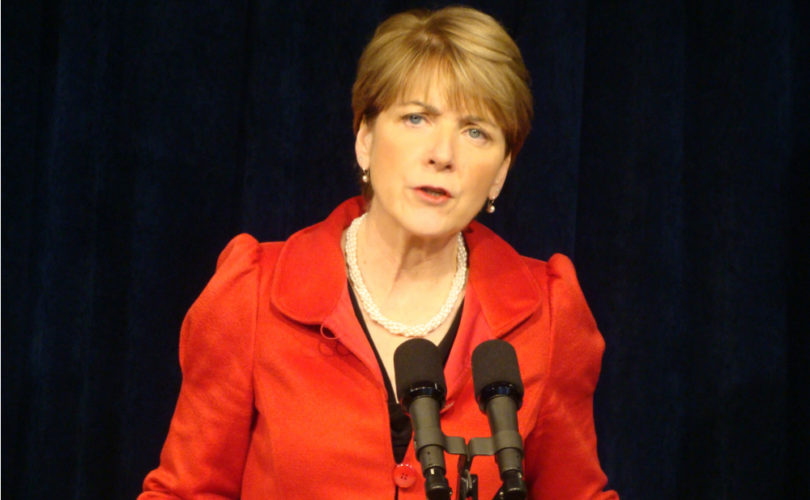 Massachusetts Attorney General Martha Coakley, who in 2007 testified in favor of the abortion buffer zone law that was declared unconstitutional by the Supreme Court this year, is a celebrated protector of children, a new ad claims.

In response to an aggressive third-party ad attacking Coakley's record related to alleged corruption at the Department of Children and Families, the Mass Independent Expenditure Political Action Committee decided to depict a kinder, gentler Coakley.

The ad — seen here — is aptly described by The Boston Globe as follows:

In the new 30-second spot from Mass Independent Expenditure Political Action Committee, a female narrator lauds Coakley as a “prochoice attorney general” who championed tough legislation against domestic violence, put “pedophiles behind bars” as a district attorney, and pushed for legislation to keep them in prison longer as attorney general.

“Leadership that we can count on,” the narrator says in the spot.

Martha Coakley: Standing with children, as long as they are fully out of the womb. (Yep — Coakley even supports an exception to banning partial-birth abortions.)