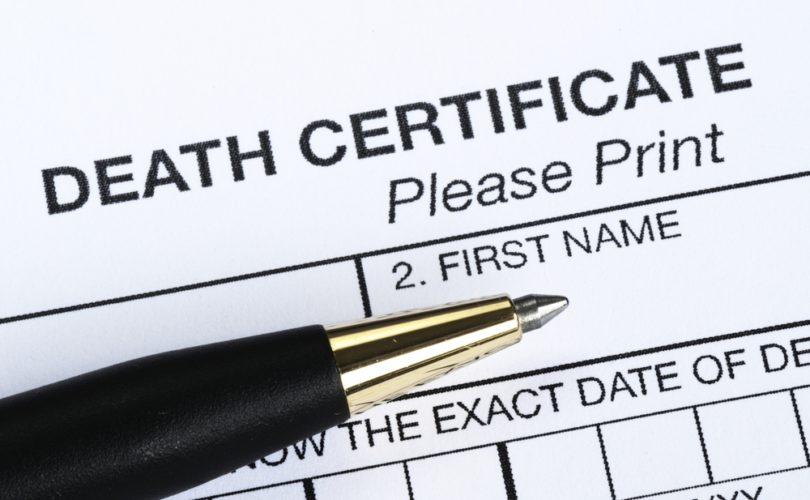 Many supporters of assisted suicide are well-meaning, really thinking that it would only be done in the proverbial “last resort” scenario. But that’s a fantasy, as we will discuss below.

The bioethicist, Art Caplan, is one such last resortist. He used to oppose assisted suicide but now believes it can work under “strict guidelines”–such as waiting periods and terminal illness–and then, only as a last resort. From his, “Physician-Assisted Suicide: Only as a Last Resort,” published on Medscape:

The other restriction I would look for with respect to assisted suicide is to first offer people palliative care, hospice — options that do not involve taking the person’s life. If they say, “I’m in pain”; if they say, “I’m spiritually upset,” then we ought to try to address that first before we say, “Here’s a pill; goodbye.”

It does seem to me that good palliative care and good hospice care are crucial as fundamental components of what assisted suicide should be about. We do not want to encourage people toward assisted suicide. We may want to include it as an option but absolutely the option of last resort…

Assisted suicide may work but only with adequate protections, adequate controls, adequate oversight, and adequate regulation to make sure that people do not think, “I better do this because I am a burden to others” or “I am going to do this because nothing else out there can help me with my pain, suffering, or depression.” Those are not adequate ethical circumstances to support someone ending his or her own life.

Sorry. Assisted suicide is never practiced only as a “last resort.” Consider:

1. “Offering” hospice is not a “last resort” measure. Some who would be helped might turn it down and get assisted suicide anyway.

3. Most assisted suicides in Oregon and Washington do not involve “last resort” situations in which a patient is in intractable pain for which nothing can be done to eliminate suffering.

5. There is no “adequate oversight” by regulators in Oregon. The law relies almost entirely on physician self-reporting and the Oregon Health Department, which oversees the law, has no budget or authority to conduct investigations if the guidelines are violated.

6. The only real requirement in Oregon, Washington, and Vermont is diagnosis of terminal illness reasonably likely to cause death within 6 months. Some people last for years with that diagnosis. A few never die of the diagnosed condition at all.

7. The most common reasons for committing assisted suicide in Oregon/Washington are not wanting to be a burden, worrying about losing the ability to engage in enjoyable situations, etc..These existential issues are very important and certainly need attention of caregivers–but they are not “last resort” problems, at least as that term is commonly understood.

8. Oregon rations health care on Medicaid, such as life-extending (as opposed to curative) chemotherapy, but always pays for assisted suicide. Two cancer patients even received letters refusing chemo but assuring that assisted suicide would be paid.

He [the prescribing death doctor] stated that after talking with attorneys from the Oregon Medical Association and agreeing to help aid Joan in death, he asked Joan to undergo a psychological examination. The doctor reported that…” I elected to get a psychological evaluation because I wanted to cover my ass.”

The doctor and the family found a cooperative psychologist who asked Joan to take the Minnesota Multiphasic Inventory, a standard psychological test. Because it was difficult for Joan to travel to the psychologist’s office, her children read the true-false questions to her at home. The family found the questions funny, and Joan’s daughter described the family as “cracking up”over them. Based on these test results, the psychologist concluded that whatever depression Joan had was directly related to her terminal illness, which he considered a completely normal response… [Me: Can we say “rubber stamp?”]

The psychologist’s report in Joan’s case is particularly disturbing because without taking the trouble to see her, and on the basis of a single questionnaire administered by her family, he was willing to give an opinion that would facilitate ending Joan’s life. The physician’s attitude toward the consultation surely played a part in his receiving a report that did not meet professional standards.

Assisted suicide is sold as “last resorts” to a wary public. Some, like Caplan, even believe it.

But it is not applied that way in the real world. Moreover, once society widely accepts killing for suffering, the outcome is Belgium. That hasn’t happened here yet. But if the country generally swallows the hemlock, it will.