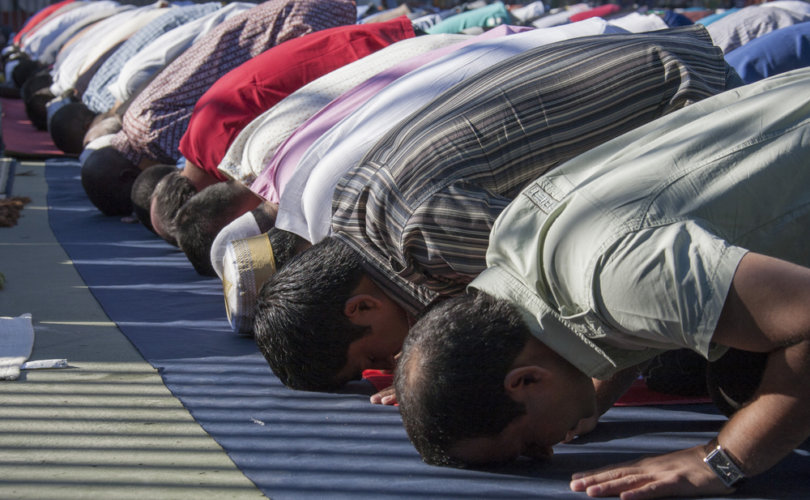 CALGARY, Alberta, August 17, 2016 (LifeSiteNews) — An Alberta judge has upheld a human rights decision that a private school discriminated against two Muslim students by not allowing them a place to pray.

The story raises the obvious question: Would a human rights tribunal have forced non-Christian private schools to allow Christians a space for prayer?

Alberta Superior Court Judge Glen Poelman agreed with the Alberta Human Rights Commission’s 2015 ruling that Calgary’s Webber Academy discriminated against two students, then in Grade 9 and 10, by refusing to allow them space to conduct Muslim prayers. It fined the school $26,000.

Webber Academy argued that it told the boys’ parents the school was non-denominational and had no designated space for praying.

But the judge wrote that the AHRC was right to find that “For many years, public and private schools have been required to adhere to human rights legislation in offering their educational services to the public.”

He added: “Discrimination is permitted only when reasonable and justifiable as determined by well-established principles.”

According to a Canadian Press report, “The students, Sarmad Amir and Naman Siddiqui, were told in 2011 that their praying — which requires bowing and kneeling — was ‘too obvious’ in a non-denominational school. They continued to hold their prayers in secret in the school, or even outside in the snow.”

Neil Webber, the academy’s president and founder, said the human rights complaint was precisely what the school hoped to avoid in adopting a “non-denominational” policy.

“We wanted to make sure that students at our school would be able to pursue their studies without the distraction of religious activities being carried out by members of any religious group on campus,” he said.

Webber said he’s not sure if the school will appeal the ruling.