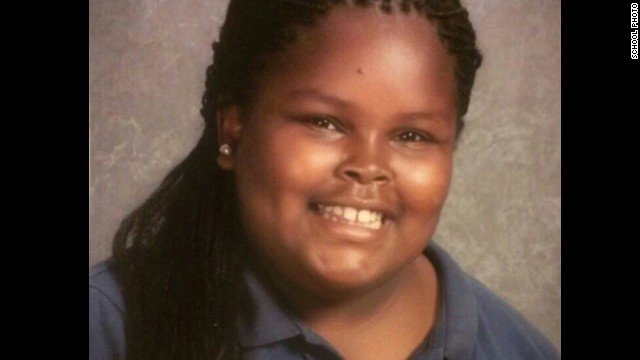 November 12, 2015 (NationalReview) — When last we visited the Jahi McMath case, a judge gave her mother the chance to file an amended complaint showing that Jahi is alive, with the assurance that if properly pleaded, evidence of life could be brought.

She seems to have done just that. From Thaddeus Mason Pope’s blog Medical Futility, quoting the amended complaint:

30. Since the Certificate of Death was issued, Jahi has been examined by a physician duly licensed to practice in the State of California who is an experienced pediatric neurologist with triple Board Certifications in Pediatrics, Neurology (with special competence in Child Neurology), and Electroencephalography. The physician has a sub-specialty in brain death and has published and lectured extensively on the topic, both nationally and internationally. This physician has personally examined Jahi and has reviewed a number of her medical records and studies performed, including an MRI/MRA done at Rutgers University Medical Center on September 26, 2014. This doctor has also examined 22 videotapes of Jahi responding to specific requests to respond and move…

34. The female menstrual cycle involves hormonal interaction between the hypothalamus (part of the brain), the pituitary gland, and the ovaries. Other aspects of pubertal development also require hypothalamic function. Corpses do not menstruate. Neither do corpses undergo sexual maturation. There is no precedent in the medical literature of a brain dead body developing the onset of menarche and thelarche.

35. Based upon the pediatric neurologist’s evaluation of Jahi, Jahi no longer fulfills standard brain death criteria on account of her ability to specifically respond to stimuli. The distinction between random cord-originating movements and true responses to command is extremely important for the diagnosis of brain death. Jahi is capable of intermittently responding intentionally to a verbal command.

36. In the opinion of the pediatric neurologist who has examined Jahi, having spent hours with her and reviewed numerous videotapes of her, that time has proven that Jahi has not followed the trajectory of imminent total body deterioration and collapsed that was predicted back in December of 2013, based on the diagnosis of brain death. Her brain is alive in the neuropathological sense and it is not necrotic. At this time, Jahi does not fulfill California’s statutory definition of death, which requires the irreversible absence of all brain function, because she exhibits hypothalamic function and intermittent responsiveness to verbal commands.

Woof. That should be enough to get the case beyond the pleadings stage and into the collection and presentation of evidentiary proof.

If the neurologist testifies to what the complaint says–and if he or she has the credentials claimed–history could be made.