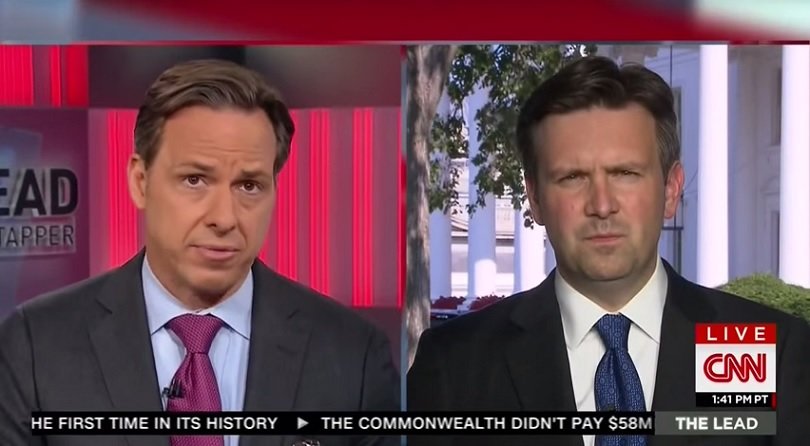 It's a rare moment: A journalist asked the Obama administration the hard questions. CNN's Jake Tapper asked White House press secretary Josh Earnest this week why he was so sure that the undercover videos released by the Center for Medical Progress – five videos that have gotten progressively worse – were “fraudulent” (Earnest's word) if he hadn't seen them.

Earnest has said consistently that the videos exposing Planned Parenthood's organ harvesting industry had been “selectively edited to distort” the truth, later calling them “fraudulent.” When the White House press corps asked how he knew this, he replied that, well, Planned Parenthood told him so.

So, when he came on Tapper's program, the two had the following exchange:

Tapper: There’s nothing in these tapes that bothers you or anyone in the White House?

Earnest: Jake, I gotta tell you, these videos were released because of their shock value – and there’s no doubt that what’s depicted on these videos is shocking. I know that based on the news reports I’ve read about the videos. I haven’t actually looked at them. But people who have looked at them have raised significant questions about whether or not these videos are credible, about whether or not they’ve been selectively edited in a way to grossly distort the position and the policies of Planned Parenthood.

Tapper: The whole video is put up on the website of this anti-abortion group that put them out. You don’t have to watch just the edited version. You can watch the whole version.

Earnest: I’m relying on news reports that I’ve seen and on people who’ve taken a look at this and raised questions about the videos themselves. And there’s no doubt that this is an organization that has targeted Planned Parenthood for some time, so they clearly have an ideological axe to grind. What we know to be true is that Planned Parenthood provides regular health care for millions of Americans across the country. And Planned Parenthood is not able to use federal funds to perform abortions. That is written into the rules. That is a rule that this administration has not just followed, but that this administration has supported. So, it’s clear that there are some ideological games being played here. And what this administration and this president has long fought for is protecting access for women for health care. And that’s exactly why we want to make sure there’s not an ideological effort to defund Planned Parenthood that provides those important health care services to women all across the country.

Tapper: Well, somebody at the White House should maybe watch the videos in full.

It's not surprising that the question came from Tapper, the first mainstream reporter to cover the Kermit Gosnell case. He has never backed down from asking Republicans and conservatives (two very distinct groups) the hard questions, but it's nice to see that he also turns a bit of scrutiny toward the other side of the aisle.

As I have noted, Planned Parenthood has not disputed the legitimacy of the full, uncut footage CMP has released.

Tapper's remark was absolutely cutting: In effect, he said maybe you should get the facts before you speak about this again. Or is the White House parroting Nancy Pelosi's comments about ObamaCare: We should just trust the Democrats to tell us what's in long, complicated health care matters and not worry our pretty heads about it?