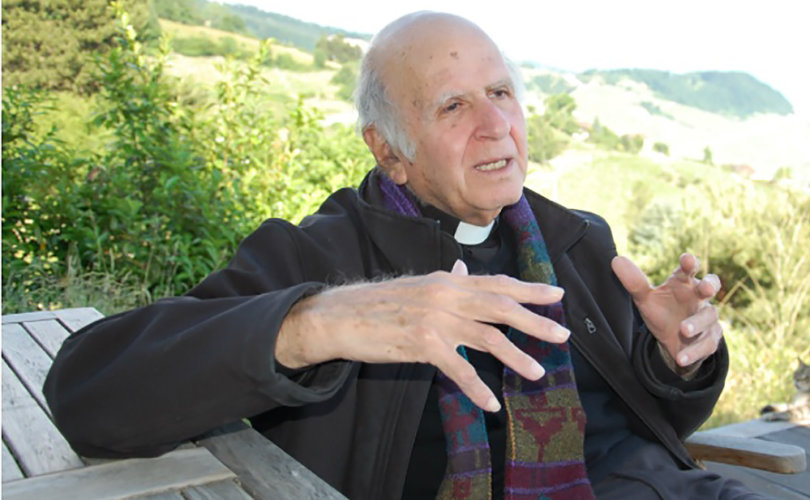 June 20, 2017 (LifeSiteNews) – The National Catholic Register’s Ed Pentin reported on a fascinating interview he conducted with Egyptian Greek Melkite Jesuit Father Henri Boulad. The Egyptian cleric was very blunt about what he considers to be dangerously foolish responses by Christian leaders to the advances of militant Islam.

The Church should not defend Islam “at all costs” and seek to “exonerate it from the horrors committed every day in its name” or else “one ends up betraying the truth,” a leading Jesuit scholar of Islam has asserted.

Greek Melkite Jesuit Father Henri Boulad believes that when it comes to dealing with Islam, the Catholic Church has succumbed to a “liberal left ideology which is destroying the West” based on the pretext of “openness, tolerance and Christian charity.”

… telling him that many think the Pope’s own views on Islam are “aligned with this ideology, and that, from complacency, you go from concessions to concessions, and compromises in compromises, at the expense of the truth.”

“Christians,” he wrote, “are expecting something from you other than vague and harmless declarations that may obscure reality.”

Your predecessor, Pope Benedict XVI, had the courage to take a clear and unambiguous position. His attitude has raised a lot of shields and earned him many enemies. But is not a frank confrontation healthier than a dialogue based on compromise? When the Jewish hierarchs asked the apostles to stop announcing the Gospel, they replied: “As for us, we cannot not proclaim what we have seen and heard …” (Acts 4:20).

“It is high time to emerge from a shameful and embarrassed silence in the face of this Islamism that attacks the West and the rest of the world. A systematically conciliatory attitude is interpreted by the majority of Muslims as a sign of fear and weakness. If Jesus said to us: Blessed are the peacemakers, he did not say to us: Blessed are the pacifists. Peace is peace at any cost, at any price. Such an attitude is a pure and simple betrayal of truth.”

Read the rest of this significant Ed Pentin article here.