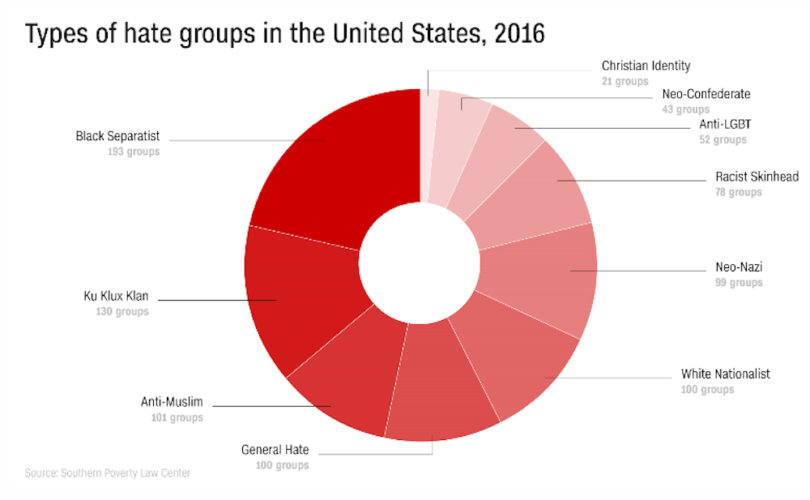 WASHINGTON, D.C., August 18, 2017 (LifeSiteNews) — A newly released video describes “how the mainstream media gets hate wrong” and the violence that sometimes results from biased descriptions of pro-life, pro-family organizations, and individuals.

Ryan Anderson, senior research fellow at the Heritage Foundation, explained, “We shouldn't allow the Southern Poverty Law Center [SLPC] and CNN to get away with labeling good groups like Alliance Defending Freedom and Family Research Council as hate groups. It slanders them, weakens the label, and trivializes real hate.”

In the pithy one-minute and 39-second video, Anderson said, “We have a problem in the United States with hate … We see this with the Southern Poverty Law Center. They’re labeling good groups that they disagree with as hate groups.”

“Five years ago, a shooter walked into the Family Research Council because he found them listed as a hate group on the Southern Poverty Law Center’s website. CNN itself reported this fact four years ago when he was convicted of domestic terrorism for shooting at this think tank.”

Anderson concluded, “It’s irresponsible for CNN today to be simply reprinting the Southern Poverty Law Center’s hate map as if it’s fact. It destroys the label of hate and it trivializes the real evil that is out there. This isn’t news. It’s lefty propaganda.”

SLPC’s infamous “hate list” directed Floyd Lee Corkins to FRC's Washington office, where he shot a security guard and planned to massacre the group's staff. He told police he targeted FRC because the SPLC labeled them “anti-gay.”

Yet CNN treats the SLPC hate list as a legitimate resource, nonpareil.

“This is CNN going utterly insane. They are serving as a platform for a radical left-wing hate group that exists solely to bash conservatives,” Dan Gainor, vice president of business and culture at the Media Research Center, told LifeSiteNews. “The CNN report has zero legitimacy. But it does serve to falsely label millions of conservatives as haters and may put them at risk as well.”

Similarly, the man who shot and severely wounded Rep. Steve Scalise, R-Louisiana, in June “liked” the SPLC on Facebook. The SPLC later put out a statement denouncing him after this was revealed.