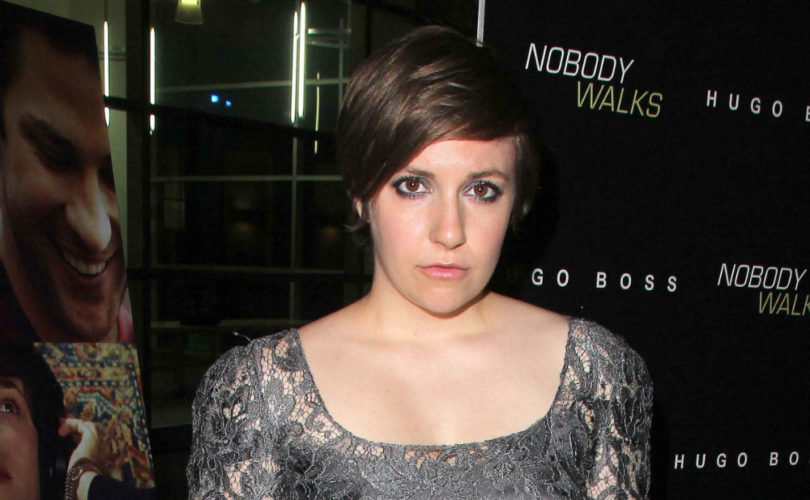 Lena Dunham, star of the HBO series Girls, writes in her new autobiography that she was raped by a “moustachioed campus Republican” when she was 19 – and he went on to rape two other women but “was nice” and got one an abortifacient drug afterwards.

Dunham writes in Not That Kind Of Girl: A Young Woman Tells You What She's “Learned” that her alleged assailant, “Barry,” began a sexual assault when she was urinating in a parking lot near Oberlin College. At the time, she was reportedly drunk and had taken Xanax and cocaine. As he began, she said she was “not sure whether I can’t stop it or I don’t want to.” She then took him back to her apartment and had sex with him. She wrote that after a friend suggested she had been raped, “I burst out laughing.”

Nonetheless, she says she now understands that she was raped about nine years ago, and that the evil Republican – whom she has not prosecuted – victimized women again. She writes:

The next semester, after Barry is gone, my friend Melody tells me that once her friend Julia woke up the morning after sex with Barry, and the wall was spattered with blood. Spattered, she said, “like a crime scene.” But he was nice, and he took her for the morning after pill and named the baby they weren't having.

So, he raped her but at least he helped cover it up and avoid prosecution or potentially entangling financial responsibilities. What a prince.

It may be that Dunham intends this faint praise as sarcasm; from the excerpt it's not clear. It's not easy to pick up on Dunham's humor, because she isn't very funny and because she deadpans lines and phrases I would have assumed were laugh lines, but it later turns out she intends people to believe.

For example, in March Dunham appeared in a Saturday Night Live sketch and said that Planned Parenthood is “a place where women can go for low cost medical advice and care.” (Also in the skit was Cecily Strong, who once worked at Planned Parenthood.) She has called the late-term abortion apologetic film After Tiller a “beautiful, sensitively made film.”

It's not hard to imagine that someone with that degree of moral myopia might believe an (alleged) cad's (alleged) abortion of his (alleged) child was an act of kindness instead of an (alleged) attempt to dispose of the (alleged) evidence.

Quotations like the above, and the actions of abortionist Ulrich “George” Klopfer and Virginia Attorney General Mark Herring in covering up statutory rape, make it hard to remember that it's pro-life advocates who are “extreme” on rape and abortion.