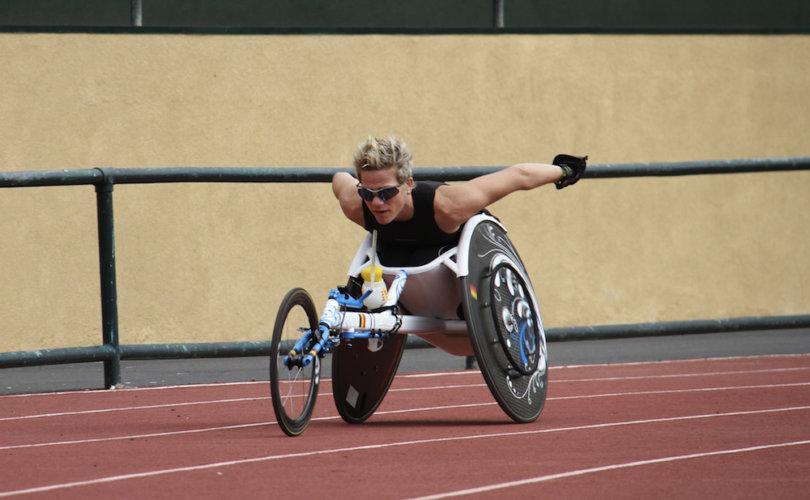 RIO DE JANEIRO, Brazil, September 8, 2016 (LifeSiteNews) — A lesbian Belgian athlete competing in this month’s Paralympics in Rio is considering euthanasia when the Games are over.

Wheelchair racer Marieke Vervoort, 37, has identified herself as a lesbian and suffers from a degenerative spinal disease. She has been in a wheelchair since 2000. Vervoort won gold and silver medals in sprints at the 2012 Paralympic Games.

She told RTL radio, “I will stop my career after Rio. After, we shall see what life brings for me. … I started thinking about euthanasia.”

Vervoort told a French newspaper that “nobody sees the dark side” of her life and suffering caused by her disease.

Numerous studies show that suicide rates are higher among the LGBT population. A number of LGBT advocacy groups have initiatives aimed at preventing suicides in their population. One wonders whether they will step in and try to save Vervoort’s life.