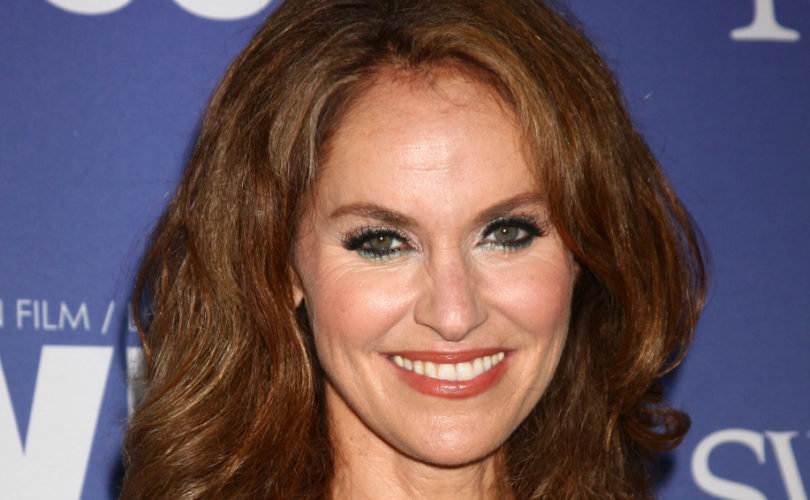 October 20, 2015 (NewsBusters) — Outspoken abortion rights activist and Hollywood actress Amy Brenneman was interviewed by the Huffington Post’s HuffPost Live last Thursday, where she complained that abortion is being “demonized” in the United States.

In an interview that discussed her role in the HBO series, The Leftovers, Brenneman discussed her motivation for joining Ms. magazine’s 2006 petition for supporting the pro-choice movement, “We Had Abortions”:

I just thought it was, it is, getting demonized…First of all, it’s the law of the land. Second of all, one in three women have terminated pregnancy… women know best. Women know. It’s like, I have the financial capacity, the emotional capacity…

She then went on to recall for HuffPost Live of her own abortion at the age of 21, in which she was so very “grateful.”

“When I was 21, I terminated a pregnancy and was so grateful, and it was not a bad experience, and I had a sweet boyfriend and a sweet doctor,” she added. “And I thought, 'Oh my god, the fact that 20 years later, it would be worse?' Going backwards is insane to me.”

“I saw something on Facebook: ‘How about every time somebody wants to buy a gun, we put them through what we are talking about putting women through with having an abortion?’ she continued. “So it’s like, ‘Are you really sure? Are you really sure? Watch the short film on what could happen if you get a gun. It’s like, come on.”

Funny she mentions that. In fact, liberal Democratic states like Illinois, Maryland, California, and Hawaii have no waiting period for getting an abortion while to get a handgun you must wait at least 3 days, 7 days, 10 days, and 14 days, respectively.

As such, in those states, it's much easier for 21-year-old women to get an abortion than buy a gun with which they can protect themselves from burglars, violent jealous ex-boyfriends, and would-be rapists.