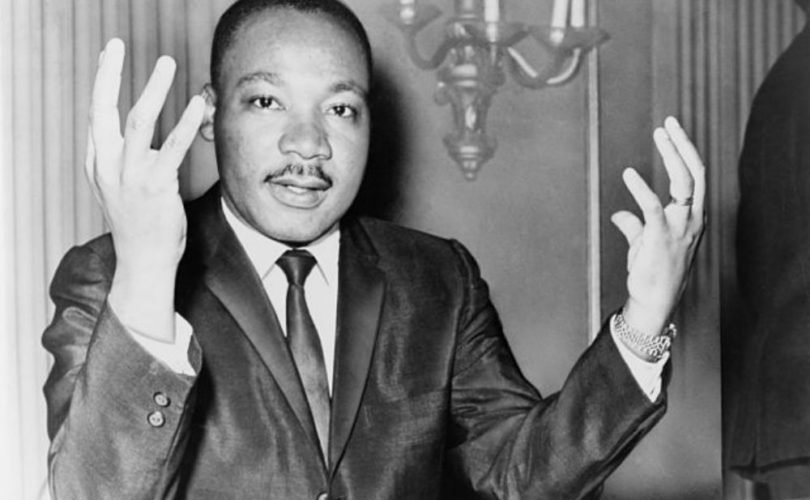 A lot can happen in 50 years. A lot has happened. The 1960s were a culminating point in our nation’s history, torn apart at the seams by racism and political pride. Crucial decisions had to be made while human rights abuses threatened American democracy. The words enshrined in our Constitution, defining our very humanity, had to become more than rhetoric.

A subsequent ruling (7 to 1) in the Plessy versus Ferguson landmark case in 1896 solidified racial injustice and established “separate but equal” nationwide.  It was as if any political will to fight for racial equality was crushed under the Supreme Court’s gavel.

But the tyranny of Jim Crow could not withstand the relentless non-violence of freedom fighters. It took everyday people, both black and white, to stand against a ruthless racist ideology that was prevalent in the south and the north. From freedom rides to marches marked with peril, the courage and resilience of these peaceful protesters is awe-inspiring. (Sadly, today’s culture mocks such bravery by affixing nearly every cause to the blood-bought banner of the Civil Rights Movement.)

I’m biracial—half white, half black—fully human. It’s hard to believe that half a century ago, my marriage would’ve been illegal. I would also have been classified, despite the 14th Amendment, as less than human by eugenic social policies designed to degrade and destroy.

The Civil Rights Act of 1964 turned 50 this year. A lot has changed for the better. Racial reconciliation and harmony abound. And yet some things have gotten worse. From “white guilt” (college indoctrination that preaches every white student is a racist deep down inside) to “black privilege” (flash mobs of violent black teens that go unidentified by news media) to the intra-racism of the NAACP (a civil-rights-for-the-biggest-donor outfit that denounces any black conservative who dares to think like a victor instead of a victim) to calls for slavery reparations (will this include all of the Irish indentured servants, too?)…America has a self-induced race issue. In churches, in schools, in Hollywood, and in mainstream media our culture constantly reminds itself that we’re different, and our hyphenations prove it. Our fixation with such superficiality only leaves deep wounds.

Humankind’s proclivity toward denying the humanity of others seems endless. Whether it’s discrimination based on pigmentation, gender, or age (from the unborn to the elderly), it seems we cannot grasp that we’re all one race. Every human life deserves justice. Sure, it took Democrats 100 years to catch on to the civil rights efforts of the Republican party. Sadly it will take the inept GOP establishment 100 more years to convince minorities that it is the party of Lincoln.

But no party will ever solve what ails the soul.

These words spoken by Martin Luther King, never repeated by mainstream media or so-called “intellectual elites”, powerfully remind us how we can truly defeat racism: “Let us be dissatisfied, until the day, when nobody will shout White power…when nobody will shout Black power…and everybody will talk about God’s power and Human power!”

This Independence Day I honor those who’ve given their lives for our Liberty whether on Normandy Beach or on the balcony of a Memphis motel. My hope is that our nation has a renewed desire for freedom that can never be secured in a conventional battle but a spiritual one. I thank the God who created us equally—red, yellow, black and white.