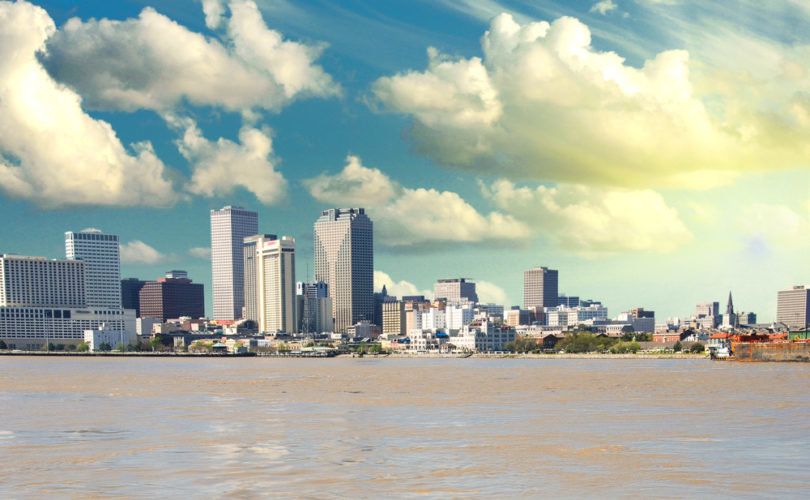 Pro-lifers, including Archbishop Gregory Aymond, have been valiantly trying to block the completion of this $4 million baby butcher shop.

Well, word came yesterday that the Louisiana Health Department is doing the blocking for us. From chron.com:

Louisiana’s health department is refusing to let Planned Parenthood perform abortion services at its new clinic under construction in New Orleans, the latest flashpoint in a long-running dispute over abortion access in the state.

The organization received a rejection letter last week from the Department of  Health and Hospitals, which said Planned Parenthood didn’t demonstrate the need for another abortion facility in Louisiana.

“Your application failed to establish the probability of serious, adverse consequences to recipients’ ability to access outpatient abortion services if you are not allowed to apply for licensure,” Health and Hospitals Secretary Kathy Kliebert wrote in the rejection letter….

Under a set of 2012 regulations, the Jindal administration required abortion clinics to undergo the same “facility need review” required of residential care facilities, like nursing homes and hospice facilities.

The regulations require any outpatient abortion facility to demonstrate its services are needed to preserve access before it can apply for a license to perform abortions in the state. The state health department used those regulations to refuse Planned Parenthood’s application.

Planned Parenthood has 30 days from the application rejection to decide whether to appeal the health department’s decision to an administrative law judge, or it can skip that review and file a lawsuit challenging the rejection.

Louisiana has five abortion clinics around the state.

Planned Parenthood’s $4 million health center, expected to open later this year, would be the third clinic offering abortions in the New Orleans area.

That is just wonderful news! But Planned Parenthood president Cecile Richards promptly blasted a pile of fuming tweets. (She may have blocked me from Twitter, but I have my ways.) A sampling…

“Make no mistake: The #NOLA health center will open & when it does, it will double the # of women receiving care from us.” – @PPLouisiana

Looks like Planned Parenthood was looking forward to doubling its business by offering abortions, particularly since it is conveniently located between Mississippi, which only has one abortion clinic, and southeast Texas, which has none.

Can’t see how NOLA PP can survive without killing – oh, the irony.