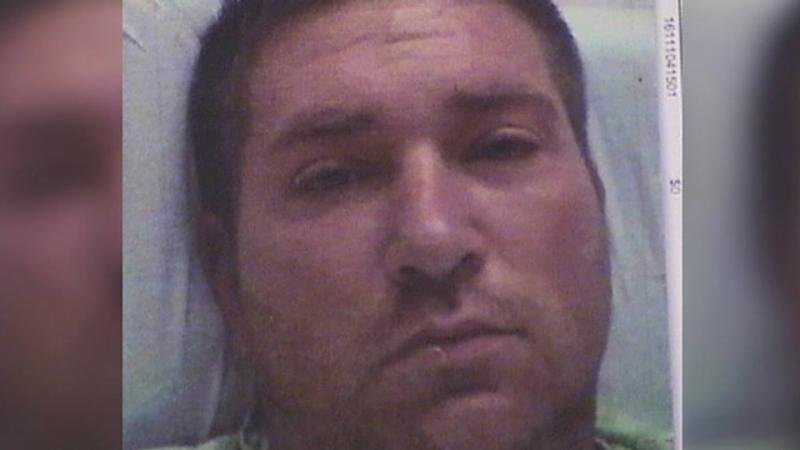 Last week in Chicago, Reese Hartstirn choked a little girl in a restroom until she went unconscious.

Here's the Associated Press on the Obama administration's edict to schools across the land about transgenders in bathrooms:

WASHINGTON (AP) — Public schools must permit transgender students to use bathrooms and locker rooms consistent with their chosen gender identity, according to an Obama administration directive issued amid a court fight between the federal government and North Carolina.

The guidance from leaders at the departments of Education and Justice says public schools are obligated to treat transgender students in a way that matches their gender identity, even if their education records or identity documents indicate a different sex.

“There is no room in our schools for discrimination of any kind, including discrimination against transgender students on the basis of their sex,” Attorney General Loretta Lynch said in a statement accompanying the directive, which is being sent to school districts Friday.

In issuing the guidance, the Obama administration is wading anew into a socially divisive debate it has bluntly cast in terms of civil rights. The Justice Department on Monday sued North Carolina over a bathroom access law that it said violates the rights of transgender people, a measure that Lynch likened to policies of racial segregation and efforts to deny gay couples the right to marry.”

While Americans were still digesting this nugget, the Chicago Tribune headlined: “Man accused of choking girl, 8, in restroom of South Loop store.” Reported the Trib:

A West Town man is accused of choking an 8-year-old girl until she passed out inside a bathroom of a store in the South Loop neighborhood last weekend.

The girl was inside a store in the 1200 block of South Canal Street with her mother around 1:15 p.m. Saturday when the two became separated, according to police.

The girl went into the store's bathroom. At some point, Reese M. Hartstirn, 33, came into the bathroom and started choking the girl with his hands, causing her to become unconscious, according to a release from the Chicago Police Department.

He then picked up the unconscious girl and carried her into a bathroom stall, closing the door so she couldn't leave, according to the release. Hartstirn pushed the girl's mother when she came into the stall to rescue her daughter, police said.

The girl was taken to Comer Children's Hospital for treatment. Her condition was not immediately available, according to police.

People inside the store held Hartstirn for police after they were alerted to what happened.

There was more in that Tribune story but that's the gist.

Now note well this line, bold print for emphasis supplied: “People inside the store held Hartstirn for police after they were alerted to what happened.” In other words, the little girl's fellow customers, realizing what was happening, did not say some version of “oh gee, this guy just was feeling his feminine identity today what's the big deal?” Instead, I would suggest quite naturally, they pounced on this beast of prey and forcibly held him until the good guys — that would be the police — arrived to take charge.

So the question arises. If that was the gut level response of average Chicagoans — and to their credit the Chicago media both print and TV have carried the story although there is no sense this is a “transgender” aggressor — how will this story play out in the national Obama-supporting media? As of this writing, there is nothing in The New York Times. The Washington Post — which features  a 25-year old story about Donald Trump on audio tape impersonating his PR man — seems unable to find room for the story.

The point here is as simple as it is obvious (and I'm skipping the huge issue of whether the President of the United States can bully local school districts into his social views.) In a curious fashion one wonders if assaults on women or girls by men in women's bathrooms will be underplayed or just plain censored in the media in the fashion that critics have accused the media of doing with crime committed by illegal immigrants.

This was one of Ann Coulter's points in her recent book on illegal immigration, Adios America. In an interview with talk radio's Laura Ingraham Coulter's thesis was headlined this way on Laura's site:

Among other things in this interview Coulter said this, bold print for emphasis supplied by me:

“…but all the cases I talk about, which are a lot of cases of child rape in particular, were bringing in very primitive cultures and child rape cases that you'll be shocked you didn't know about-they're hidden by the media.”

So the obvious, intriguing question. We are still in the “fresh news” department with the Obama order instructing schools across the fruited plain to allow transgenders to use the bathroom of their choice or else, the “or else” here meaning the schools that disobey would lose federal funding. But already, in the space of hours, we have a story out of Chicago in which it is reported that a man assaulted a little girl in a women's bathroom in the middle of a busy Chicago store.

Recall that this issue began to emerge at the tail end of the GOP primary battle. The North Carolina fight against transgenders in the bathroom of their choice had drawn the attention of  Senator Ted Cruz. Newsmax  headlined Cruz's view this way:

Cruz on NC Law: Men Should Not Go to Bathroom With Little Girls

Said the Senator: “Men should not be going to the bathroom with little girls. That is a perfectly reasonable determination for the people to make.”

A group calling itself the National Task Force to End Sexual and Domestic Violence Against Women quickly put out a statement attacking Cruz and the North Carolina law, saying:

“These initiatives utilize and perpetuate the myth that protecting transgender people's access to restrooms and locker rooms endangers the safety or privacy of others.”

Catch that? It is a “myth” that a man in a woman's bathroom “endangers the safety or privacy of others.”

In fact, it was not a myth in Chicago when a 33-year old man entered a woman's bathroom in a Chicago store and choked an 8-year old girl into unconsciousness before taking her into a private stall where the girl was rescued by her frantic mother.

The question now? How much coverage will this story get outside of Chicago? And when there are similar stories that occur, assuming the critics like Ted Cruz are right and they do occur, will they be reported across the media spectrum so that the public can understand just how this idea from the Left actually works in practice? Or will they, like crimes committed by illegal immigrants, be hidden by the media because to report the truth damages a political agenda?